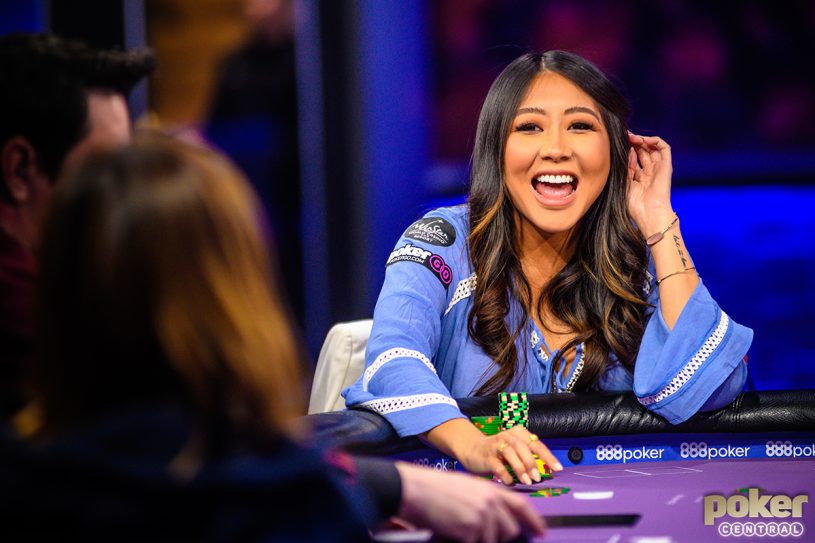 Maria Ho during a recent Poker After Dark game.

On the final of four days of play in Florida, 18 players returned of the total field of 1,360 entries to battle for a seat at the final table of six. Leading the way was Chad Eveslage followed by Carroll with roughly half of the chip leader’s stack.

As the day progressed, notable names such as NFL legend and former Super Bowl champion Richard Seymour was eliminated in 15th place for $36,195 and Ryan D’Angelo in 9th for $69,920. Aside from Carroll and Ho, former November Niner Jerry Wong and two-time WPT champion Eric Afriat also managed to make the final table.

The seat draw of the final table of this event is as follows.

The current blind level is 75,000/150,000 with a 150,000 big blind ante, giving the smallest stacks still 22 big blinds to work with while chip leader Carroll sits on a massive 124 big blinds. The payouts for this final table are as follows.

The first prize of this event includes a $15,000 seat into the season-ending Baccarat Crystal WPT Tournament of Champions. Stay tuned for more on this event and an exclusive feature interview with Maria Ho right here on Poker Central. Catch the World Poker Tour on-demand on PokerGO right now.