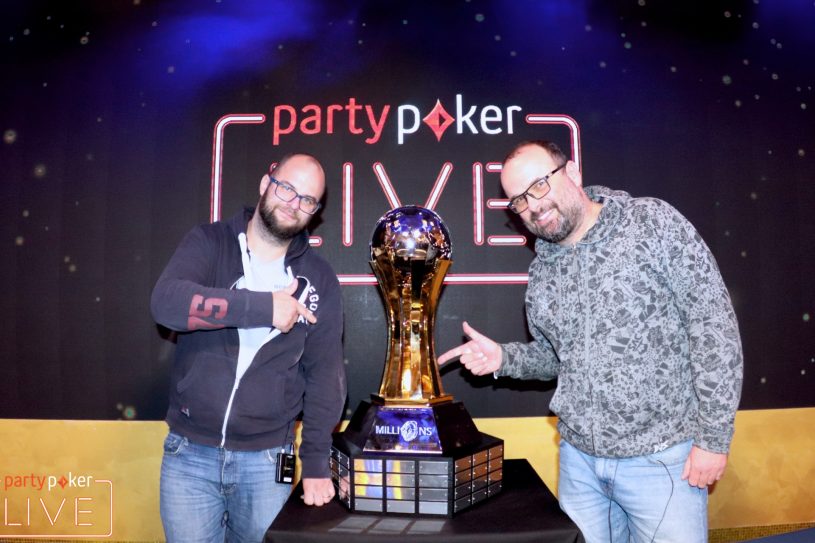 After a dramatic final day at the felt, the overnight chip leader was the second player busted, two lesser-known both won results bigger than their entire poker careers results in one night and three British pros crashed out early as the partypoker MILLIONS Main Event came to a dramatic conclusion in King’s Casino, Rozvadov.

It had all started so well for overnight chip leader Charlie Carrel. The British high roller went into play with a chip lead that looked certain to lock up a later-stage showing. He even got off to the perfect start, eliminating Rastislav Paleta in 8th place when Paleta’s pocket queens were felled by Carrel’s pocket kings having seen the chips all go in pre-flop.

It started to go wrong for Carrel when Roberto Romanello doubled through him with ace-king holding against Carell’s ace-queen, finding a flush on the turn. Josef Snejberg was next to double through Carrel, wining a flip with ace-jack, hitting twice on the board to leapfrog the young Brit, who had held pocket sevens. One more flip and he was gone, Carrel striking out with king-queen against pocket nines belonging to his new nemesis, Josef Snejberg, yet again. Carrel, who had entered play confident of at least battling for a million euros, had to settle for €130,000.

BRITS FLIPPED OUT OF CONTENTION

After Charlie Carrel’s elimination, it would be Roberto Romanello and Sam Grafton who would be next to leave the party. Romanello would lose a coinflip to bust, before Sam Grafton went from chip leader to short stack at the final table after his ace-queen would lose to Lukas Zaskodny’s queen-jack after a jack on the flop ruined Grafton’s run-out.

A few hands later, Grafton would lose a flip to Josef Snejberg, and with it, all three players from the British Isles were gone, not reaching four-handed play and watching Zaskodny and Snejberg piling up chips that had recently been theirs.

Severin Schleser won his ticket for the MILLIONS Europe Main Event for just $109 on partypoker online, but he’ll still feel the pang of regret for being eliminated in 4th place for €300,000. Schleser slow-played his pocket aces against Lukas Zaskodny’s offsuit queen-four, which then flopped two pair.

On the turn, Schleser was all-in, and left praying for something to come on the river to save him, but there was no luck for him and he was out of the tournament. After Romain Lewis’ all-in move with king-nine was shot down in flames by Josef Snejberg’s ace-jack call, the heads-up match was set.

With the stacks in favor of Luka Zaskodny, a deal was agreed between the two men to smooth out the payouts. Although Josef Snejberg would retake the lead, eventually, it would be Lukas Zaskodny who would oust his friend and reign supreme.

Having met a while ago, and played together many times without ever competing heads-up, Zaskodny and Snjberg finally got to tick that happy match-up from their bucket list. With the former coming out of it with a million dollars and Snjeberg also winning a career-high score that eclipses all of his previous live tournament winnings, it will surely be a friendship that endures as long as the memories of this fantastic partypoker MILLIONS Main Event.