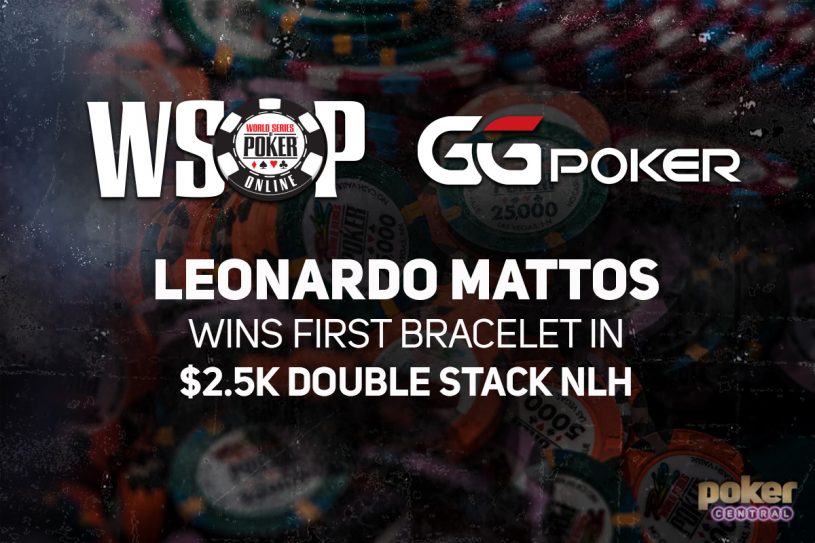 Following two quick eliminations on the final table bubble, only eight players would redraw to the final table as three Brazilians sat at the top of the chip counts with Pedro Madeira in the lead. Madeira would immediately begin extending his lead with three early eliminations. Firstly, Yiannis Liperis would be all-in with ace-nine against Madeira’s ace-queen to exit in eighth, before Fabiano Kovalski’s deuces couldn’t outdraw Madeira’s pocket kings. Kevin Gibson would then exit in sixth-place when his king-four failed to spike against Madeira’s pocket sixes as the Brazilian sat with roughly one-third of the chips in play five-handed.

Antonio Pedro would also be dealt a pair of deuces and move all-in, but Mattos would spike with his ace-ten to leave just four players. Nethanel Klein found himself all in holding king-jack against the pocket jacks of Pedro Madeira, and when the board ran out eight-high, Klein fell in fourth place. Although Mattos took the chip lead three-handed, it would be Christopher Putz entering heads-up play with the chip lead when he eliminated Madeira after he won a race holding ace-king against Madeira’s pocket eights.

Putz extended his lead to nearly a four-to-one advantage before Mattos doubled into the lead. The final hand would see Putz shove the button for roughly ten big blinds holding nine-eight, and Mattos called with king-six. The board blanked out, and Mattos was crowned the Event #59 champion and became Brazil’s fourth GGPoker WSOP Online bracelet winner – and ninth overall with a list that includes Andre Akkari, Alexandre Gomes, and Yuri Dzivielevski.

Thursday will see the Event #60: $525 Bounty No-Limit Hold’em 6-Handed before a total of five WSOP bracelets are awarded on the weekend.