You are here
Home > British Poker Open > Through the Lens: Tollerene Edges Out Katz 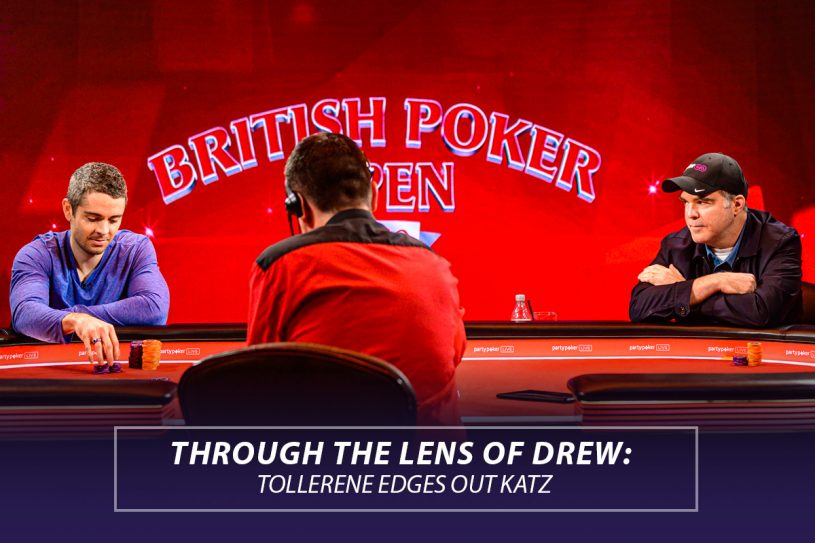 The British Poker Open has concluded at Aspers Casino in London as Ben Tollerene claimed gold in Event 10, the £100,000 No Limit Hold’em. Tollerene won two big flips heads up to snatch the BPO Title from Cary Katz, who finished runner-up in the event for £360,000.

Coming into the day Katz held the chip lead, while Tollerene came into the day on the opposite end of the spectrum as the table short stack.

After losing Christoph Vogelsang in 4th, it was Mikita Badziakouski who bubbled in 3rd. Tollerene takes home a nice score of £840,000 heading into Super High Roller Bowl London, that kicks off tomorrow. Here are some of my favorite photos from Event 10!