You are here
Home > News > Through the Lens: Cary Katz Conquers SHRB London! 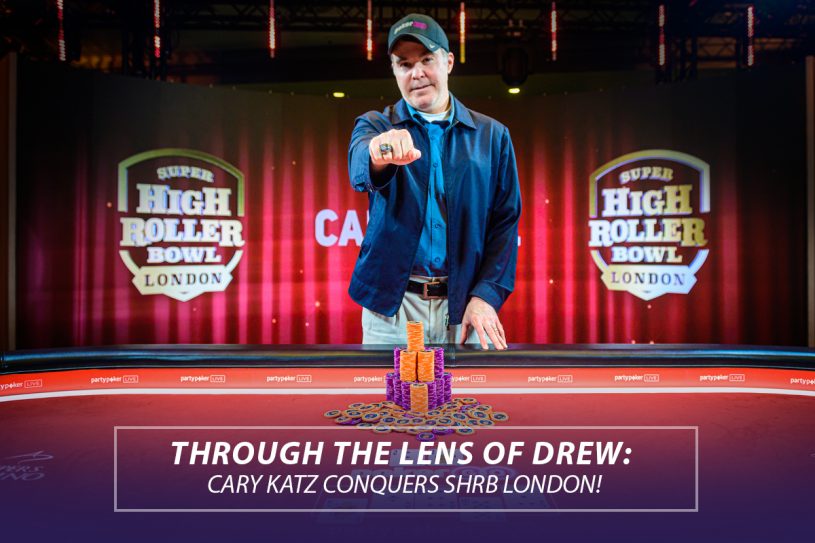 In the early hours of Sunday morning here in London, Cary Katz cemented his legacy in poker with his victory in the 2019 Super High Roller Bowl London for £2,100,000. Play started with a bang today, as Ali Imsirovic eliminated both David Peters and Sam Greenwood in the same hand. Moments later, he also eliminated Mikita Badziakouski and shot himself into the lead.

Despite a few minor swings, Imsirovic managed to maintain a spot among the top of the leaderboard for the majority of play. After losing a few flips it was Stephen Chidwick hitting the rail in 4th, leaving us on a £900,000 bubble. Unfortunately for Christoph Vogelsang, he would be the last to leave empty-handed as he bubbled the tournament. Heads up we saw the two exchange the chip lead numerous times, with Katz eventually clawing his way out into the lead, and then coolering Imsirovic to take home the title!

Here are some of my favorite images from play today!