You are here
Home > News > Through the Lens: Best Moments From the 2018 WSOP (Part Two) 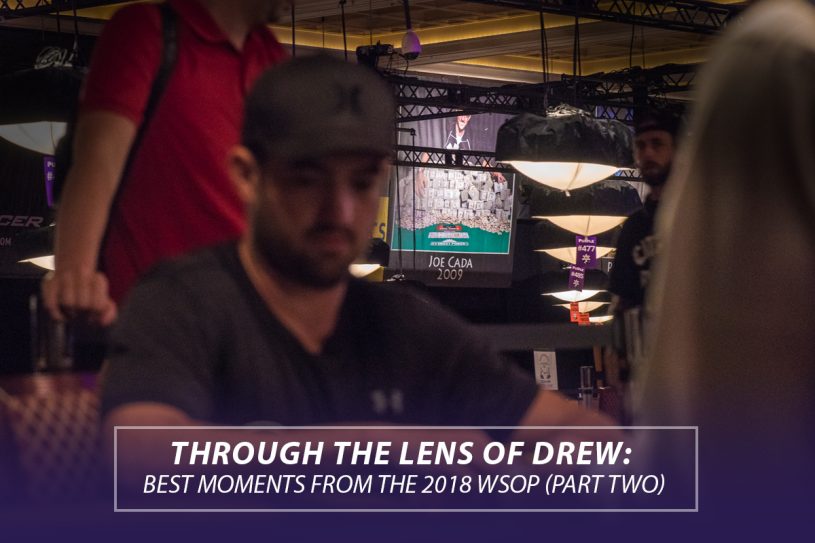 In part one of our 2018 WSOP recap, we revisited two of the more iconic moments from last summer with Michael Mizrachi’s third PPC title and Doyle Brunson’s last WSOP tournament. Today, we take a look back at two more historic summers from Justin Bonomo and Joe Cada, along with a collection of some of my favorite random images from 2018!

Justin Bonomo Captures Big One for One Drop Title

It’s no surprise that Justin Bonomo sits atop the all time money list, especially after the 2018 he had. Bonomo has over $44,500,000 in career earnings, with over $25,000,000 of that coming from last year. Bonomo’s historic year included his second WSOP bracelet in the $10,000 Heads-Up tournaments, followed by a $10,000,000 score for his third WSOP bracelet when he defeated Fedor Holz in the Big One for One Drop. After the final hand was dealt, Bonomo couldn’t help but smile before being greeted by his dad on the rail. 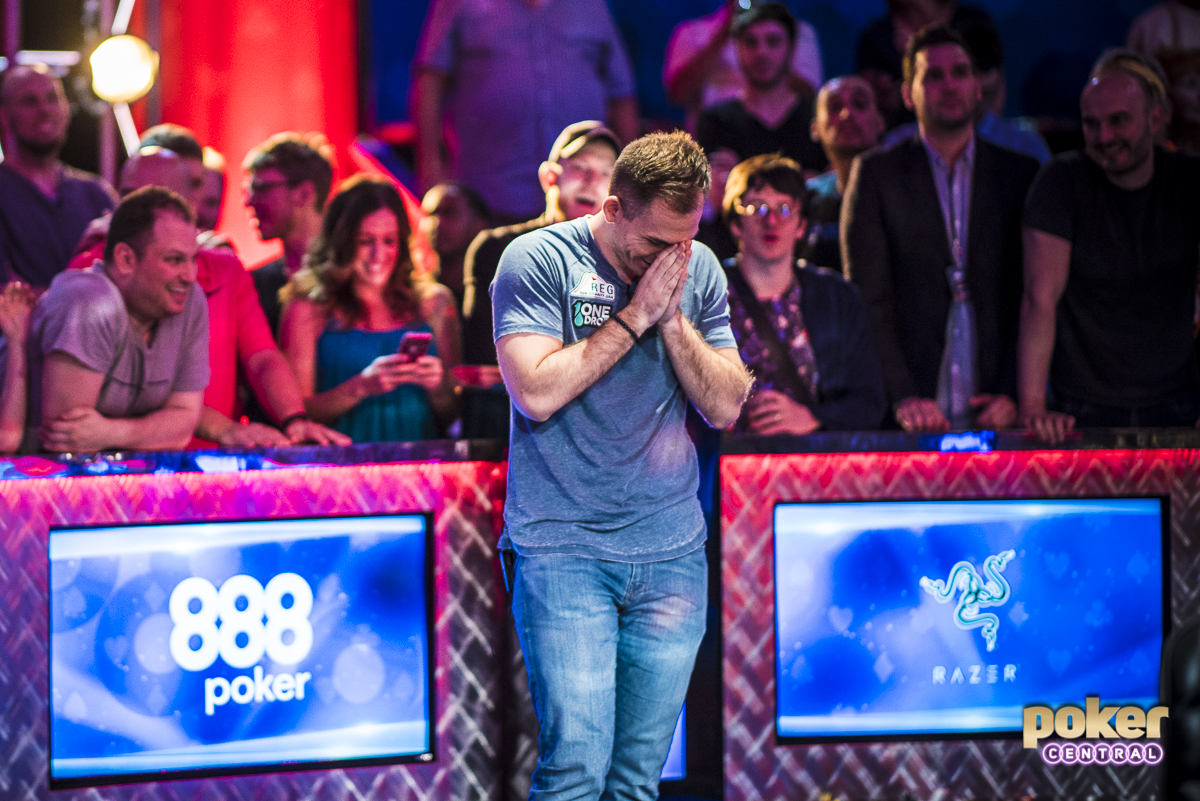 Joe Cada has made it a point time and time again that his run in the 2009 Main Event win was no fluke. He proved that again last summer with a victory in the $3,000 Shootout. Cada outlasted a stacked final table including the 2015 Main Event champion, Joe McKeehen. Cada then final tabled the Main Event, eventually finishing in 5th place for a cool $2.15mm. While most would be more than happy ending the summer on that high, Cada went on to final table and win the $1,500 Closer Event for more WSOP gold.

A collection of some of my favorite images from last summer from the Rio. From bracelets, to chips, to the Blue Man Group, this collection has a little bit of everything!