You are here
Home > News > Through the Lens: Best Moments From the 2018 WSOP (Part One) 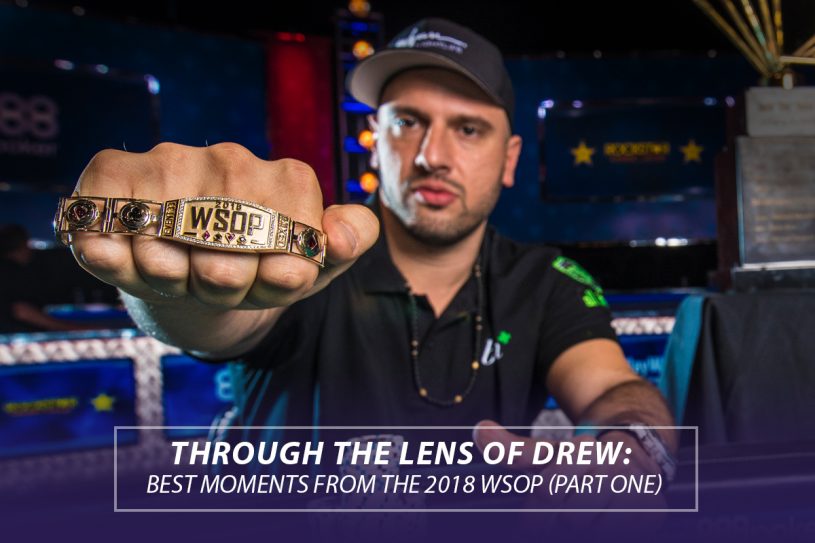 The 2019 World Series of Poker is just around the corner and rapidly approaching. In these next few additions of Through the Lens, we will take a look back at some of my favorite images from last years WSOP from the biggest storylines from the summer.

Outside of the Main Event, the $50,000 Poker Players Championship is without a doubt the most prestigious event at the WSOP. This tournament encompasses multiple variants of the game and always features the toughest possible field. A single win in this event is career-defining, a second would be historic but what Mizrachi did in 2018 was out of the world.

Michael Mizrachi and Brian Rast are the only two players to ever take home the Chip Reese Memorial Trophy twice. After not playing many events earlier in the summer, Mizrachi showed up focused for last years PPC, and went on to take home the title for a record-breaking third time. Truly remarkable.

Learn more about Michael Mizrachi as he was featured on Pokerography on PokerGO.

Doyle Brunson Retires From the World Series of Poker

In what was one of the biggest stories from last summer, Doyle Brunson announced his retirement from the World Series of Poker. 10 Bracelets, 37 cashes, and over $3,000,000 in earnings dating back to the 7th annual WSOP in 1976. Brunson stated that the $10,000 No-Limit 2-7 Lowball Draw Championship would be his last event ever, and in true Brunson fashion he went on to final table. Brunson would eventually finish 6th in the event.

Stay tuned to Poker Central for more on the 2019 World Series of Poker. Subscribe to PokerGO right now to never miss another minute of thrilling live action.