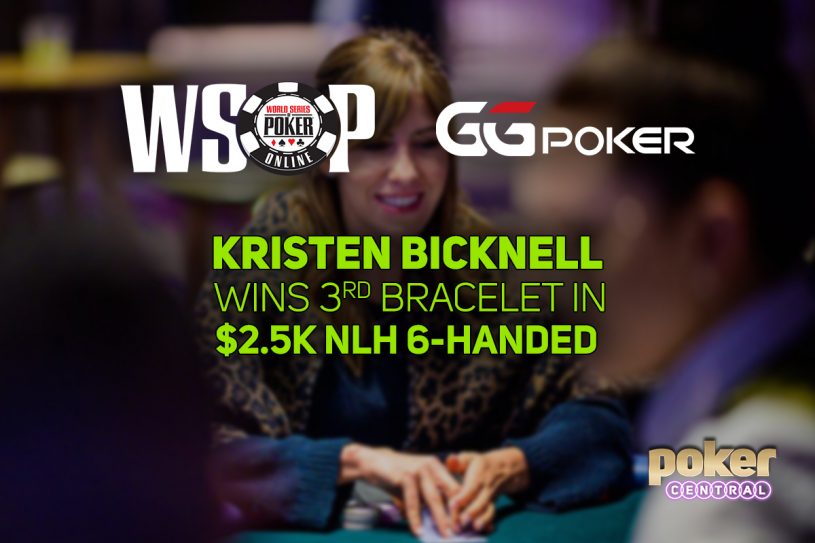 The final table of nine began with De Souza as the chip leader fresh off his third-place finish in the $5,000 PLO Championship. Nikita Kalinin committed holding ace-queen but would be unable to outdraw Dong Jiang’s sixes and headed to the rail in ninth place. Paul Barnes would see him dealt a pair of sixes, but it would fail to hold against De Souza’s king-ten, while Patrick Semrau exited next in seventh losing with ace-five to the king-nine of Ilya Anatsky. Just a few hands later, Jerome Finck was all-in holding pocket fives against the queen-jack of De Souza. De Souza flopped a pair and improved to broadway on the river to eliminate Finck in sixth.

Simon Higgins exited in fifth when his pocket tens were outdrawn by Bicknell’s ace-king suited before Jiang fell in fourth losing with ace-king to Bicknell’s ace-jack. Anatsky’s run would end in third place when his deuces were outdrawn by De Souza making a straight holding ace-four. De Souza entered heads-up play with a five-to-two chip advantage over Bicknell, but Bicknell immediately began to close the gap before eventually taking the lead. On the final hand, both players flopped a pair, but it would be Bicknell turning trips to take the lead. All the money went in on the river with De Souza’s kings-up losing out to Bicknell’s trips fives to see her crowned the Event #44 champion.

Bicknell has amassed nearly $5.1 million in lifetime tournament earnings which already included two WSOP bracelets. Bicknell broke through in 2013 to win the Ladies Championship for $173,922, and in 2016 she won the $1,500 No-Limit Hold’em Bounty for $290,768. By winning her third WSOP bracelet, Bicknell ties Barbara Enright, Nani Dollison, and Vanessa Selbst for most bracelets won by a woman. Bicknell also becomes the fifth Canadian to win at least three bracelets alongside Greg Mueller, Dan Idema, and Jonathan Duhamel, while Daniel Negreanu sits on top with six WSOP bracelets.