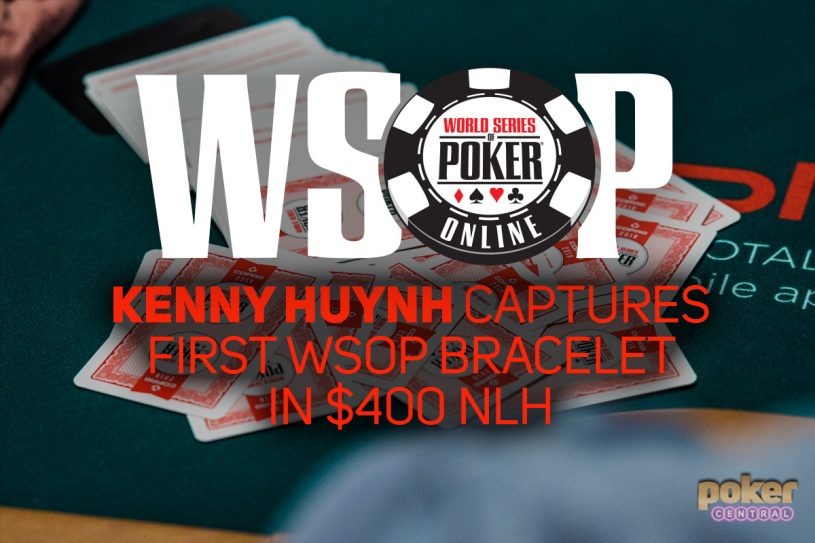 The 2020 World Series of Poker Online closed off the weekend with the Event #19: $400 No-Limit Hold’em attracting a 2,545-entrant field that created a $916,200 prize pool. After nearly 12 hours of play, it would be New Jersey-native Kenny “Chopuh” Huynh collecting his first WSOP bracelet and the $133,857 first-place prize.

Kenneth “KBconcepts” Phillips took the chip lead into the final table as Paul “Debt2Me” Gunness and Michael “vapor098” Federico were the first to fall. Huynh would then eliminate the next two players sending Michael “namhtiw1” Whitman and Hunter “Hunt_dizzle” Frey to the rail, before Phillips exited in fifth place. Huynh eliminated Sang “youngkoi” Lee in fourth, before Vincent “Meatball44” Ablahani would fall in third as Matthew “610610” Berger entered heads-up play with nearly a two-to-one advantage. Huynh managed to take back the chip lead, and on the final hand both players turned trips but it would be Huynh improving to a straight on the river to eliminate “610610” in second place.

Robert “BustinBalls” Kuhn is still leading on the back of his Event #3 win, while Michael “MiguelFiesta” Lech has moved into second place. Roland “prngls12” Israelashvili into fourth place overall. To view the full leaderboard, click here.