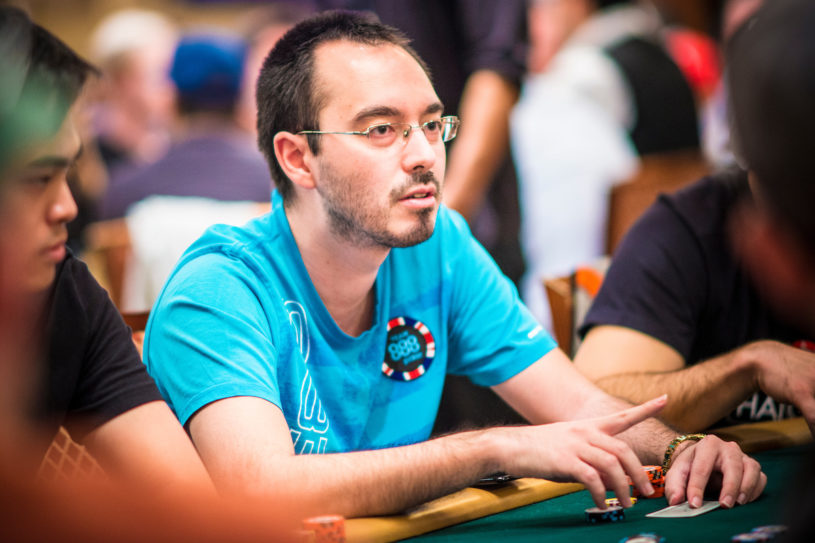 "The King of Speech Play" is bringing that and more to "Poker After Dark" this week. (Photo: PokerPhotoArchive.com)

A decade ago, Poker After Dark was unique for a few reasons. There were the high stakes, rarely matched by other television programs, but maybe even more importantly, there were entertaining personalities. If last week’s “The Return of Tom Dwan” episodes satisfied the high stakes component of Poker After Dark’s reboot, this week’s “Voices Carry” episodes should fulfill the personalities element.

Some of the game’s most engaging and talkative players will compete in high stakes Sit & Go’s throughout the week and Will Kassouf will be headlining the action during Tuesday’s $25,000 single-table event. “The King of Speech Play” will battle against Jean-Robert Bellande, who played in all three cash game sessions last week, as well as Mike “The Mouth” Matusow, who was a staple on the original Poker After Dark series, and PokerGO commentators and high stakes regulars, Nick Schulman, Matt Berkey and David Williams.

This past weekend, Kassouf expressed his excitement about making his Poker After Dark debut, while also mentioning that the show has come back with a bang. Last week’s episodes saw a handful of pots balloon over $500,000 but at times, the table talk wasn’t on par with the stakes of the game. That is something Kassouf is hoping to change this week.

“I’m looking forward to having some great banter with the table, while playing some great poker against a star-studded lineup.” Kassouf said, before explaining how he plans on getting the action started. “I’ll be aiming to get the lot loud. If that means tilting the table silly to get all the chips and win 150 bags for bants, so be it!”

British professional will be pulling out all the tricks that won him his first High Roller title at EPT Prague last winter, good for a $555,000, and the talkative nature that made Kassouf famous during his 2016 WSOP Main Event run. If “nine-high like a boss” will hit Poker After Dark remains to be seen, but Kassouf is already planning to break out his patented “speech play” for the fans.

“Speech play and banter will be out in force, especially with a couple of other loud moths in the lineup.” Kassouf joked, while also praising the “Voices Carry” name of this week’s episodes. “It should make for great TV!”

Just like Kassouf, those other “loud mouths” bring much more than chatter to the tables. The lineup boasts nearly $35 million in combined tournament earnings, including multiple World Poker Tour titles and a handful of WSOP bracelets. Where Kassouf ranks himself among the veteran talkers though, is being kept quiet for now.

“I wouldn’t like to say where I rank myself.” Kassouf laughed, before adding, “I’d like to think I’m up there, I’m not shy on or off the tables, but I’ll let the viewers decide that after the show.”