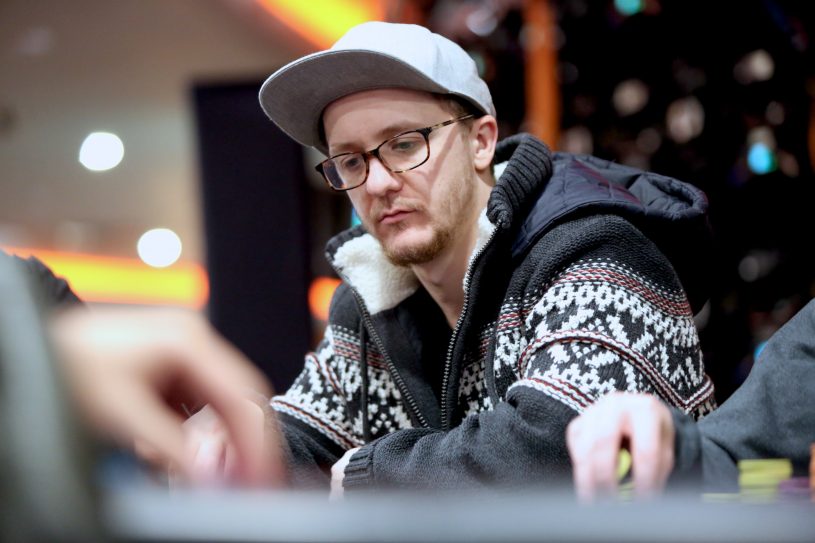 Kahle Burns start 2020 with a massive score at the Aussie Millions.

This morning another chapter was added to Kahle Burns’ incredible string of results as he took down the Aussie Millions $100k Challenge live on PokerGO. The Aussie bested a field of 54 entries to take home the $1.7 million top prize to bring his career earnings up to $9.5 million and into the Top 100 of the all-time money list for the very first time.

The final day of this event was streamed live on PokerGO and can be watched on-demand right now with commentary provided by Jason Somerville, Brent Hanks, and Joe Stapleton.

Starting the day out with more than 20 players and a flurry of re-entries to bring the total prize pool to 5.2 million, and as fast as player entered and re-entered, they exited just as fast once registration closed. In a rush down to the final table players such as defending champion Cary Katz, Jorryt van Hoof, Elio Fox, and Dan Smith were eliminated and it was Michael Soyza who took the chip lead into the final nine.

With seven places paid, Shan Huang from China and Michael Zhang busted out before the money all while Kahle Burns took over the lead in the bubble proceedings. Canada’s Timothy Adams was the first to cash taking home $317,250 for his efforts busting out to Alex Foxen by running into his queens.

Sam Grafton departed in sixth place for $370,440 moments later when his jack-nine couldn’t beat Bryn Kenney’s king-eight suited as the Brit moved all in with his short stack. Soyza, who started the final table as the chip leader, busted in fifth place for $423,360 as it was Burns who extended his chip lead as his king-seven suited held up against the jack-four with which Soyza had tried to pick up the big blind.

The four-handed battle saw Burns nurture a chip lead big enough to double up his remaining three opponents, Foxen, Kenney, and Aaron van Blarcum, but he did the exact opposite. First Burns busted Kenney in fourth place for $582,120 winning a big coin flip with tens against ace-king of the No. 1 on poker’s all-time money list. A few hands later the Aussie busted Van Blarcum with king-seven against ace-jack to get to heads-up play with a five-to-one chip lead over the current No.1 ranked player on the Global Poker Index.

Foxen only won a few small pots before Burns ended the tournament as his ace-ten of spades held up against ace-nine. Foxen collected $1.1 million to start his year off with a big score but it was Burns who posed with the championship ring and $1.7 million top prize.