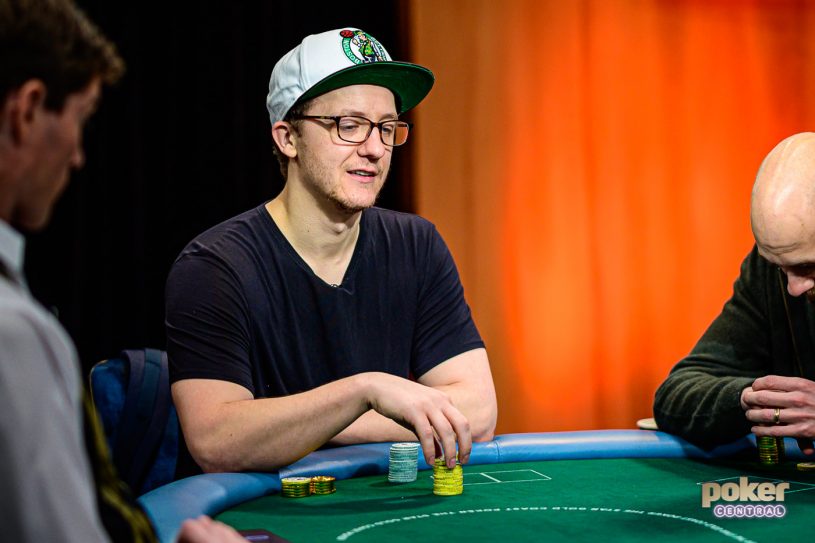 Australia’s Kahle Burns enjoyed a rapid ascent on every notable poker ranking last year. He burst into the Top 100 of the game’s all-time money list following a stellar 2019 campaign. In the past few weeks, Burns has performed tremendously in the spotlight on home soil, raising thousands of dollars for wildlife relief efforts in the aftermath of the bushfires as well as recording two seven-figure scores at the poker table.

Bringing The Poker World Together For Charity

On the final table day of Super High Roller Bowl Australia, we caught up with Burns who made headlines at the Aussie Millions with WPT Anchor Lynn Gilmartin as they were both inducted into the Australia Poker Hall of Fame and teamed up together to raise money for Australia Zoo Wildlife Warriors, helping victims of the Australian bushfires that devastated the country and destroyed Australia’s wildlife and people’s homes.

On Twitter, Burns announced he would donate 2-hour coaching lessons to anyone that donated $500 to Gilmartin’s Poker Players for Australian Wildlife fundraiser.

“I was overseas and staying in touch with the news and what was going on in the country,” Burns said on the Australian bushfires. “Just how rampant the fires were, the animals that were dying, and people losing their homes, and I was like ‘wow this is in my backyard and it’s pretty crazy.’ I thought this was a good opportunity for me to raise awareness and provide something of value to get people to understand what’s going on, and hopefully donate some money to a good cause.”

The Poker Players for Australian Wildlife fundraiser had over 700 donors and raised roughly AU$115,000 that went directly to Wildlife Warriors, while other poker players like Orpen Kisacikoglu donated to other charities on behalf of the fundraiser.

“Kahle played a huge role in our fundraiser hitting well over $100k,” Gilmartin said. “While he generously donated financially, he wanted to encourage others to help too, so he offered online coaching for donations of $500 or more. The response to that was amazing. When the list started to grow, I asked him if, for his sanity, we limit it in some way, but he said no and wanted to keep going. What a legend!”

“Sometimes we may not be able to afford a financial donation or aren’t experienced enough to go and fight fires or care for wildlife,” Gilmartin said. “But there are countless ways humans can help in their own zones of expertise. For me, it’s marketing and communication, so that’s what I did by promoting the fundraiser and reporting on the fires. For Kahle, it’s tournament poker, so that’s what he did.”

It was incredible to see poker players from around the world donating to the Poker Players for Australian Wildlife fundraiser.

“It’s beautiful to see such community come from an industry that can often be wrongfully perceived as self-fulfilling,” Gilmartin said. “I’ve seen extraordinary kindness and generosity come from poker players, which Kahle truly reinforced this month, along with hundreds of others.”

For those just getting acquainted with the high roller regular, Burns upped his tournament volume in 2019 resulting in over $4.3 million which included 24 cashes in six countries. Burns won two WSOP-Europe bracelets in Rozvadov and a Poker Masters title on his way to holding top spot in the GPI Player of the Year race in late November before eventually losing it to Alex Foxen when he won the WPT Five Diamond World Poker Classic to close out the year.

“I didn’t really play much the first six months of the year,” Burns said. “I played mainly cash and took a bunch of time off. So the last 6-12 months I’ve definitely put more volume into tournaments.”

Although Foxen became the first player to win back-to-back GPI Player of the Year awards, Burns would eventually settle in fourth place behind Sean Winter (2nd) and Bryn Kenney (3rd).

“I didn’t really give myself a chance to win,” Burns said on his eventual fourth-place result on the 2019 GPI Player of the Year rankings. “I got my first cash in May, so I wasn’t looking at stuff like that until WSOP Europe. When I got to the top five and there wasn’t much time left in the year, I said I’ll go for it and might as well go to Vegas and play this and play whatever to try and win it.”

“I was definitely trying to win and it would have been a nice achievement,” Burns continued. “But still no complaints for the year I had.”

Burns kickstarted his 2020 nearly the best way he could. He collected three cashes at partypoker MILLIONS UK in Nottingham, England, including winning the $25,000 Super High Roller for $350,000 and finishing runner-up in the $10,000 High Roller for $165,000. However, Burns headed to his hometown casino of Crown Melbourne where he would top the 54-entrant field to win the AU$100,000 Challenge for AU$1,746,360 – his second-biggest career score.

“Winning the $100k Challenge was nice because a lot of my friends were railing,” Burns said about his first Aussie Millions title. “My mom and dad came up, and it was probably the first time they’ve had a chance to watch me. That was nice. In terms of most important, anytime you win is fantastic right?”

Chasing Success on the Felt

Back to the felt at Star Gold Coast, as at the Super High Roller Bowl Australia final table, Burns was eying another major title after taking down the Aussie Millions $100k Challenge just a week prior. Starting the final table with five remaining players, three paid spots and a whopping AU$2.16 million up top, Burns was eager to get a strong result after bubbling the $100k Australian Poker Open Main Event.

“It would make me feel great obviously,” Burns said about the prospects of winning Super High Roller Bowl Australia. “Any time you can do well against tough competition, it feels good.”

While Burns took control of the Super High Roller Bowl Australia final table early on, he couldn’t withstand Timothy Adams heads-up. Burns finished second for A$1.2 million, the third-largest score of his career, pushing his career earnings to up to over $10 million. Looking ahead at the year to come, and building on his strong results in the last three years, Burns is somehow within striking distance of overtaking Joe Hachem on Australia’s all-time money list, a feat which seemed impossible not too long ago. With the volume Burns plans to put in this year, as he’s eyeing to playing all events at the stops he’s going to visit, he’s going to have a real shot.

“In terms of chasing this kind of stuff, I’m just going to try and play my best game for everything I show up to,” Burns said. “The results and money will go where it goes.”

Subscribe to PokerGO right now and never miss another final table stream with some of the best of the best including on-demand viewing of the Australian Poker Open, previous Super High Roller Bowl final tables, and upcoming shows such as Poker After Dark, and the U.S. Poker Open.