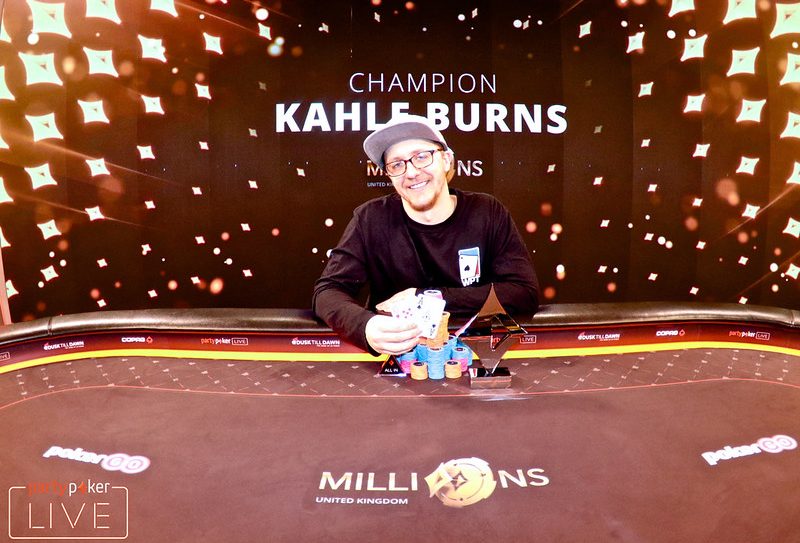 Kahle Burns has emerged victorious in the $25,500 Super High Roller, taking the title and $350,000 top prize after a day with more twists and turns than the Monaco Grand Prix. His final opponent, Igor Kurganov, at one time held a chip lead that seemed unassailable, but Burns was never a short stack and once heads up, won a crucial double that set him on the track to victory.

O’Dwyer busted shortly after the bubble burst, adding $75,000 to his already vast live tournament winnings, but falling short of taking back to back MILLIONS Super High Roller titles.  There followed a pressure-filled period for short stacks Stokkan and Ben Heath, the former eventually falling in 4th ($100,000) and the latter soon thereafter in 3rd ($150,000).  “One bullet Ben,” as the commentators described him, had maneuvered without much help from the deck throughout the streamed final; when Kurganov eliminated him he held a near 3:1 chip lead over Burns.

Heads up play was swiftly, with little need for the timebank cards.  Small pots went back and forth until a crucial hand saw Burns flop a queen-high heart flush when Kurganov held the ace of hearts, eventually spiking a river pair and paying off a full double through (that river saw the only double timebank card use of the final table, by Burns, before moving in).