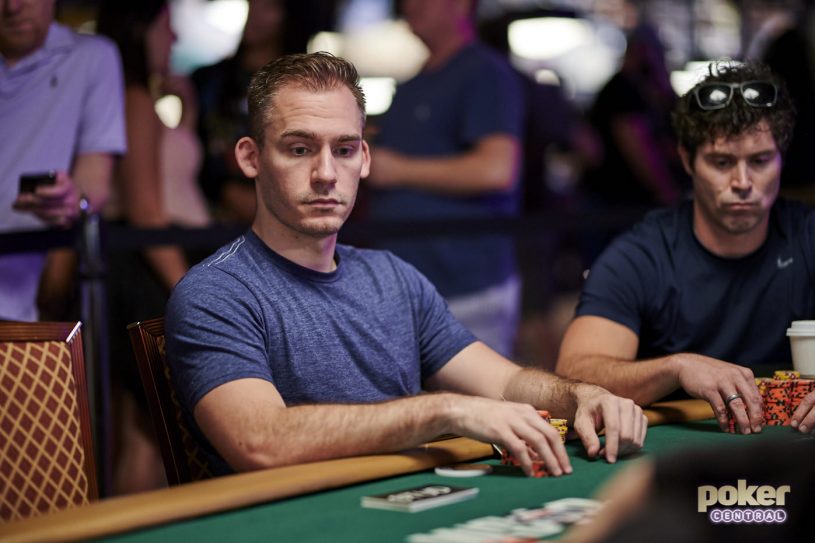 Justing Bonomo is the headline name in the 2019 WSOP $3,000 Shootout Final Table line-up

With four more WSOP bracelet events taking place in Las Vegas Nevada overnight, there were big chip stacks for 2018’s WSOP Player of the Year Shaun Deeb and Justin Bonomo, who leads the all-time money list. We assess who stands in the way of both men winning bracelets on Monday.

Justin Bonomo is a worldwide poker phenomenon and he outfought a tough four-handed table to book his seat in Monday’s $3,000 Shootout finale when he eliminated Ryan Leng from the event. Leng, who beat Phil Ivey heads-up in Round 1 to set-up his 2nd Round meeting with Bonomo, was a very hard opponent to draw, but Bonomo took care of him to head to the final table shooting for his fourth WSOP bracelet.

Only Bonomo’s compatriot Andrew Lichtenberger and Romanian player Alexandru Papazian have won bracelets before this final table, but it is by no means an easy task facing any of the players to book a bracelet win in Event #37. British player Ben Farrell fought back from a seemingly impossible deficit in his game. Martin Zamani followed Bonomo into the final after destroying his table, and ‘Chewy’ and ‘Little Papi’ will be fearsome opponents. It all adds up to a huge day of live stream action on PokerGO!

Shaun Deeb, 2018 WSOP Player of the Year, will battle to win his fifth WSOP bracelet from a leading position when the $10,000 Dealer’s Choice Championship resumes. With 11 players being reduced to five on a day not without controversy, Deeb rose above other survivors such as Matt Glantz and last year’s event winner Adam Friedman, to hold the vital lead into the final day.

From the off, the action was fast, with Majid Yahyaei, Jeff Lisandro, Philip Sternheimer and Bryce Yockey all busted in short order. With the final table redrawn at seven players, Phillip Hui was the next man to drop, followed after the next hand by player and commentator extraordinaire Nick Schulman, who was busted by Deeb when the WSOP 2018 POY rivered a flush.

Deeb will have stiff competition in the final from reigning champion Friedman, who looks to join an exclusive club of players who were able to defend their WSOP title, but Michale McKenna, Matt Glantz and even short-stack David Moskowitz will each have designs on the bracelet too. Anything could happen when the cards go back in the air on Monday lunchtime at the all-American final table.

Arianna Son bagged the biggest stack of 2,363,000 chips on Day 2 of the Double Stack event. Son was the star, but she was followed by some big names, with Radoslav Stoyanov her closest challenger, sat behind 2,000,000 chips as the clear plastic bags were handed out.