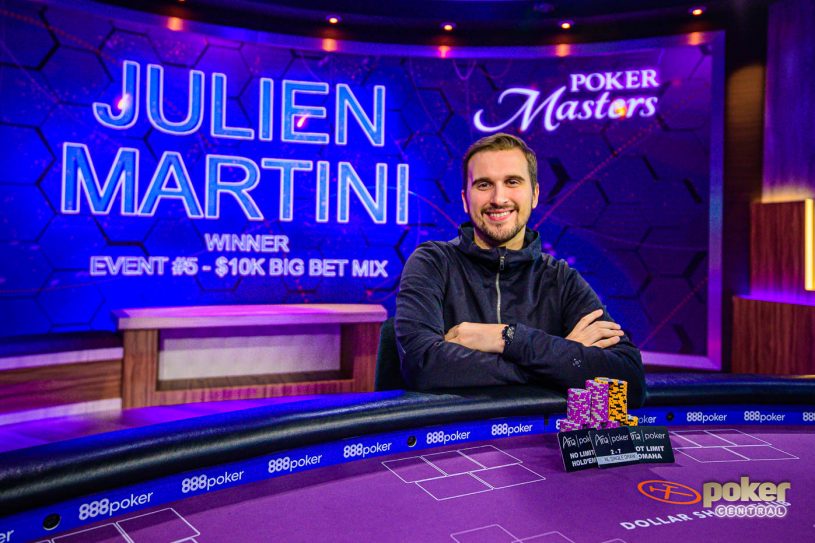 Aside from the massive comeback at the end, Martini also got very lucky at the start of the final table against Stephen Chidwick in No Limit 2-7 Single Draw, a game he’s very familiar with. Martini explained how he was probably the most experience 2-7 player at the final table given his experience both live and online, leading him to tighten up during the No Limit Hold’em and Pot Limit Omaha portions of play.

Despite his long list of great tournament results, Martini is still predominantly a cash game player who mixes in 50-60 tournaments a year.

“There are so many better players than me in the high roller tournaments right now. I need to work on my game way more and be better, but I think it’s too much of a sacrifice for my life right now to do that. I’m happy with how things are right now and I don’t want to change anything. I love playing the High Rollers when I do but I’m not ready to jump into them full time.”