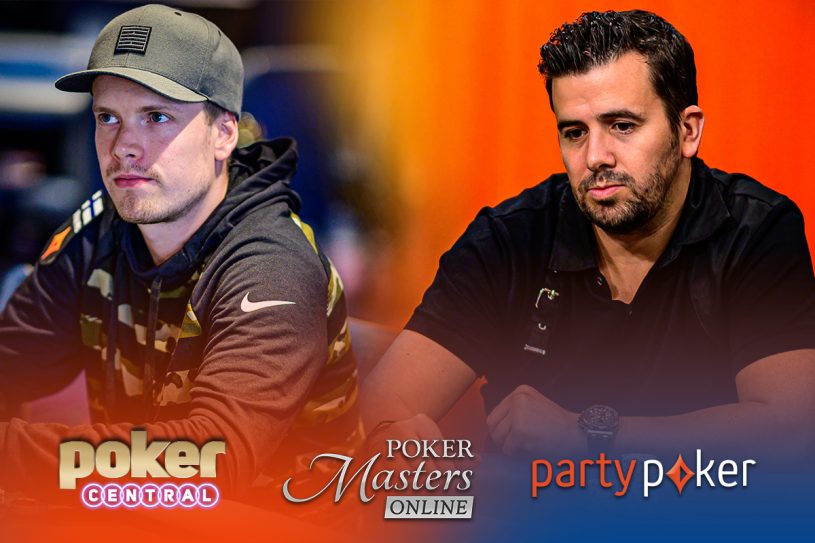 Joni Jouhkimainen and Andras Nemeth made big moves on partypoker during night 4 of Poker Masters Online.

The eighth event of the series had 104 entrants and turned into a tough battle where the likes of Mike Watson, Sami Kelopuro, Joao Vieira, and Chris Hunichen were among those falling just short of the final table. At the final table, it was anyone’s game with the chip lead bouncing between the final four contestants. Ultimately, Elias Talvitie busted in fourth to jump into third on the Poker Masters Online standings before Serig Reixach departed in third. Andras Nemeth held the lead heads up but it was PLO specialist Joni Jouhkimainen who locked up the victory. Jouhkimainen now sits sixth on the Championship standings with two total cashes.

The late event, a turbo tournament with 12-minute levels, had 78 total entries and familiar faces snuck into the money such as Pauli Ayras, Ian Engel, Alexandros Kolonias, and Timothy Adams who all gathered valuable Championship points despite missing out on the big payouts. Canadian WSOP bracelet winner Pascal Lefrancois took down the event by outlasting an epic final table that included Justin Bonomo, Kristen Bicknell, Fedor Holz, and Andras Nemeth.

The Poker Masters Online Championship are now as follows with two $10,000 No Limit Hold’em events on tap for today. Brent Hanks and Jeff Platt will be providing live commentary of Poker Masters Online on Facebook live so don’t forget to tune in once they’ve reached a final table tonight.