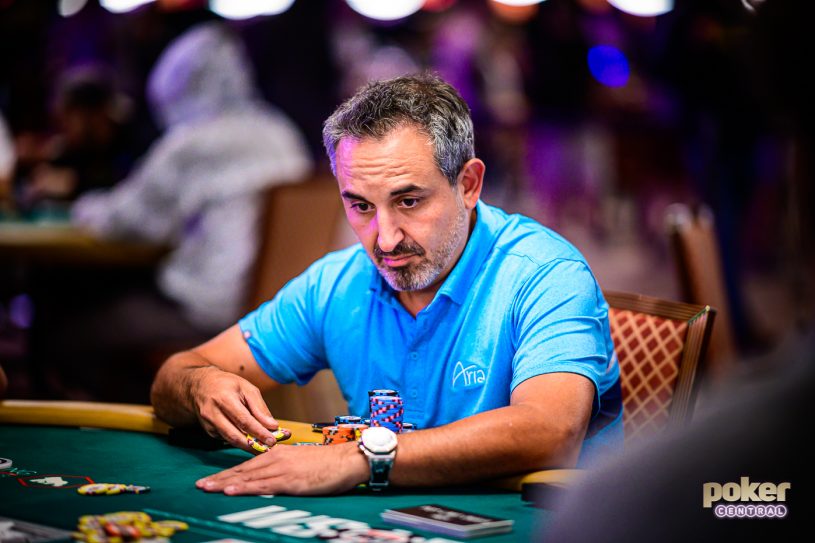 Three WSOP tournaments reached their final tables last night as a thrilling Thursday set up a Friday night of Poker Players Championship at the live-streamed finale on PokerGO and two other events that will see three players confirmed as WSOP bracelet winners. Who’s in line for the gold? Check it all out below.

Just six players remain in the 2019 WSOP Poker Players Championship with Josh Arieh top of the pile as players go into action. With an original entry list of 74 players whittled down to just half a dozen, Phil Ivey went form overnight chip leader for the past two days to not even making the final table as his hopes of more WSOP gold exploded on the live stream. With Ivey out of the running, there were still some very big names left in the hunt for the $1,099,311 top-prize and famous Chip Reese Trophy.

Josh Arieh bagged up the chip lead with 6,220,000 chips, having gone into play second in chips behind Ivey. But he wasn’t the only player to make hay on the last-but-one day. Bryce Yockey will go into the final table on 4,465,000 chips, with John Esposito not too far behind on 3.63 million.

Shaun Deeb, last year’s WSOP Player of the Year, has put himself right back into contention for that title this year too, and has 2,485,000, while Phil Hui has been Mr. Consistent in the tournament so far. You can see how delighted he’s been with his progress throughout here. Shortest stack at the final table is Dan ‘Jungleman’ Cates, so anything really could happen. As long as ‘Jungle’ keeps his clothes on, we can’t wait to see the action!

You can watch the drama as 12 players became six on the penultimate day of the $50,000 Poker Players Championship right here.

The $600-entry No-Limit Hold’em Deepstack Championship is down to just five players as Joe Foresman leads the race for the $397,903 top prize. Foresman totaled 74.6 million chips at the close of play to take a healthy lead into the final day, having gone on a late rush where he busted Linda Huard in a fortunate manner, his pocket queens all-in against Huard’s kings pre-flop finding a queen on the flop.

Elsewhere, previous WSOP bracelet winner Will Givens is second in chips with 45.5 million, while the Lebanese poker enthusiast Jeff Hakim stacks up with 24.3 million. Only Gleb Kovtunov can consider himself really short-stacked, holding just 9.8 million chips to his name. He’ll need a very early double-up, but in No Limit Hold’em, anything can happen.

The $1,500-entry PLO Hi-Lo 8 or Better event is down to just nine players after 10 levels of play on the penultimate day, saw Scott Abrams lead the field in search of the latest WSOP bracelet.

Abrams, who bagged up 6.6 million chips, is out in front, but he will be looking over his shoulder in contemplation of the legends he has to outlast to get his hands on the gold. Following Abrams on the leaderboard is Rodney Burt (4,675,000), while Jordan Spurlin has 4,250,000 chips.

Anthony Zinno will be looking to win his second bracelet and has 3,995,000 chips with which to make that happen. Erik Seidel’s potential ninth bracelet will need him to get off to a decent start, as the poker legend sits behind just 1,490,000. Anything could happen, however, and the action in PLO is likely to make things very changeable come the final table.