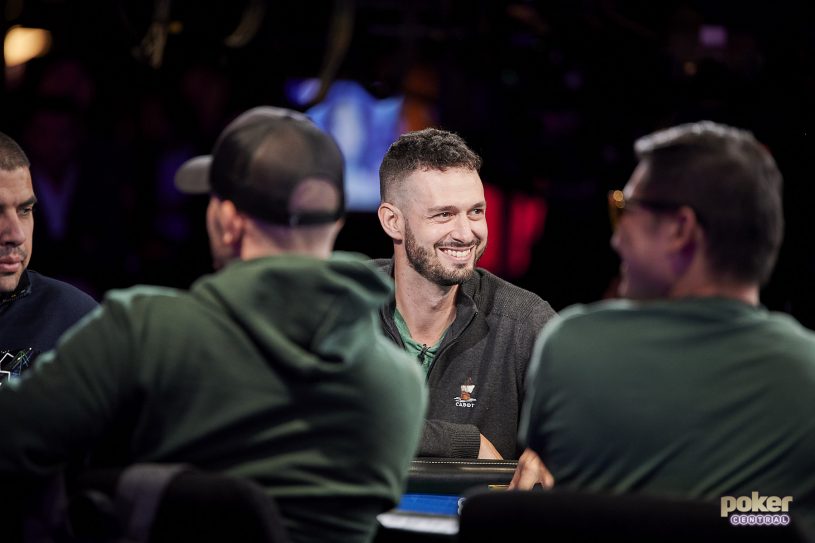 Alex Livingston remains in the hunt with five players remaining in the WSOP Main Event!

Catching a taxi back to the airport on your way out? Just tell them you’re local.

Tip for vegas newbies. You can challenge cab fares if they fk you. Idiot just took the freeway from the airport tried to charge me $35. Settled on $20 + “tip”. Just claim youre a local and they dont argue

FARRELL OVER IT AND UNDER IT

Off to the Rio for the last time this year.

Been a fairly disastrous summer and I swear to god Vegas, if you don’t let me spin this shitty 10bb stack up in the 10k I’ll fucking come back here next year and do all the exact same shit again.

THE SLAYER BECOMES THE SLAYED

Showers for just about every player this summer have been great fun. Someone had the bright idea that the slayer should spend some time under the spotlight.

Ok @slaymericainc it's time…we ❤️ and hate you in equal measure. U aren't the bastion of morality for the poker community. Your degeneracy and money whoring ways know no bounds. Take the $$$, invest in surgery to get that massive chip off your shoulder,and hit the fkin 🚿🚿🚿🚿 pic.twitter.com/yiXxs6VQF2

Alex Livingston posted his thoughts after the first day of the Main Event final, which he survived with 38 big blinds. It could be a very interesting watch tonight on PokerGO.

Ryan Riess and Martin Jacobson have both won the WSOP Main Event, which Richard Seymour couldn;t be happier about… or could he?

A FINAL THOUGHT ON WARDROBE

A poker player’s wardrobe is his kingdom, especially at the table….or a bank vault.

Poker attire is getting out of control. Not sure if some of these guys are here to play cards, rob a bank, or go on a ski trip.