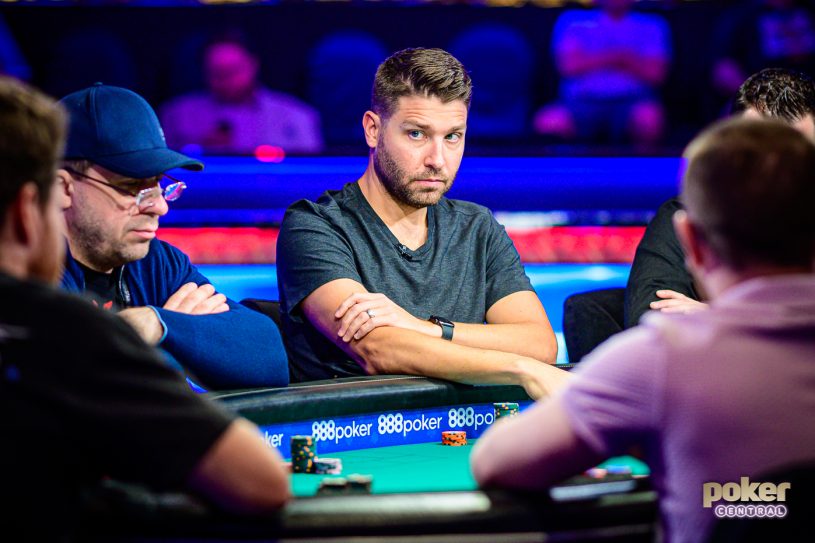 “I was telling my wife this morning, ‘this is a very big one, this is the one we gotta win,” Jeremy Ausmus said with a big smile, moments before cards went in the air for the final table of the $10,000 Pot Limit Omaha Championship on PokerGO. Ausmus is in there with a chance, coming into the final table sixth with eight remaining players.

Since the interview, there are now six players remaining at this final table and Ausmus is still in the hunt. Watch the action live on PokerGO right now with commentary by Joey Ingram and David Tuchman. New to PokerGO? Subscribe right now.

Over the course of his lengthy career, Ausmus has had a ton of success but while he would never complain about it, there’s a distinct lack of final table luck for the cash game grinder. Ausmus’ biggest score was a fifth-place finish in the 2012 WSOP Main Event for $2.1 million followed by no fewer than 12 six-figure scores of which only two were victories.

“Today is big. It’s hard to win a million dollars in a $10,000 tournament. I’ve been fortunate to make some big final tables but this is bigger, this is a $10k at the World Series of Poker with a million dollars up top,” Ausmus said, looking for the second seven-figure score of his career.

Coming into the final table, Ausmus has had every possible scenario run through his head before he sits down to play.

“To come this far, and already having locked up some cash, I just try to not put too much pressure on myself, do the correct things, and sometimes things just work out. I’m, prepared to make the best happen today.”

Ausmus was cruising last night as with three tables left he grabbed the chip lead and held it until there were 12 players remaining. As the night went on, however, Ausmus could not get anything going and lost most of the pots he played to put him in a less than ideal situation at the final table.

“It’s hard not to have expectations but you can only do so much when the cards aren’t coming your way. It could turn around right now but you never know what will happen.”