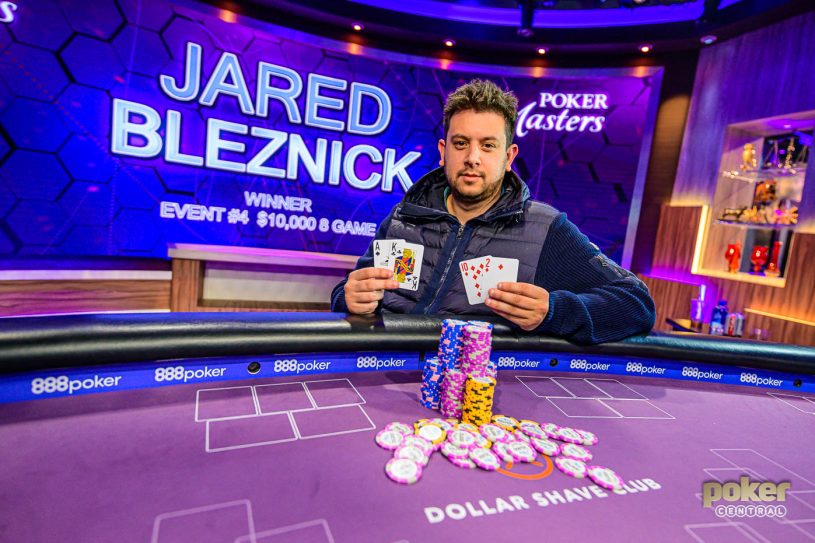 Jared Bleznick took down Event #4 of the 2019 Poker Masters for the first outright win of his live tournament career.

“Poker is very tough right now and it feels good to get a win,” Bleznick said after closing it out. The long-time online pro who transitioned into becoming an established cash game player in the high stakes rooms across Las Vegas no longer plays the game for a living, picking and choosing his moments to play tournaments.

Bleznick’s days as a poker professional are behind him and despite this win being his first one, he has no intentions to actively chase the Purple Jacket.

“I don’t really play much. I play no poker outside the World Series of Poker except for a few of these tournaments,” he said in reference to PokerGO Studio events.

“Honestly, I have no drive anymore to grind. This was an easy fast event, I like the people, and that’s the same for the World Series of Poker. You see some people and the events are soft but right now I’m more of a business person.”

On his reasons for playing less poker, Bleznick was very clear, “Poker is very tough right now. Everyone’s so great, there’s so much material learning material out there, and while I know that I could still play, I’d rather be more successful in the real world.”

“If I work hard in the real world, I’ll have results and I just don’t want to be grinding poker all the time. Today I ran great, everything went my way. It’s not like I did anything crazy, I played solid but everyone else played good too.”