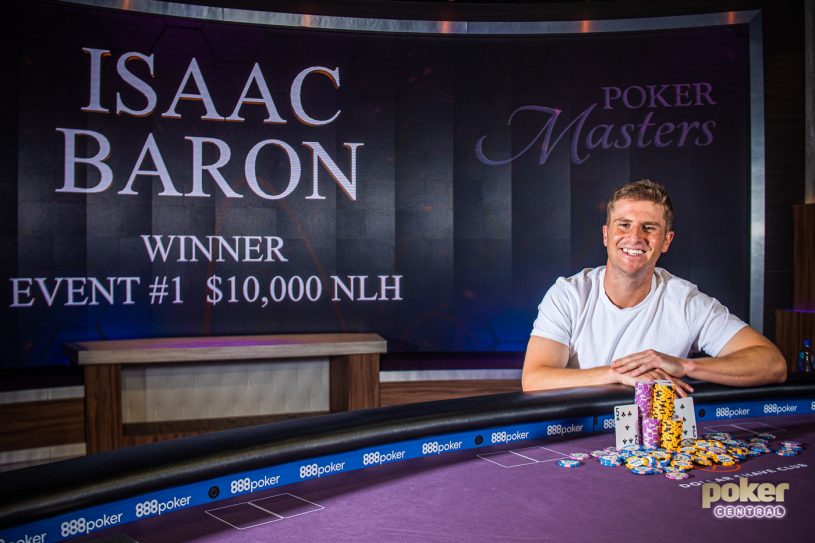 Relive the entire Poker Masters Event #1 final table on PokerGO right now. Check out all the upcoming Poker Masters live streams on the Live Events tab. Check out the full payouts of this event right here.

Thinking back of bursting onto the scene as a teenager wreaking havoc on the European Poker Tour, Baron is keenly aware of both how fast time goes while the memories of those trips are still very fresh.

“It’s crazy, it’s one of those things that feels both a million years ago and like yesterday. My career has evolved so much and so many things have changed and I could’ve dreamed of it going like this.”

Baron has kept up with the game as his career developed, putting in the hours studying and playing, but more important to him is his drive, focus, and motivation to play.

“I may not be in the lab as much as these other guys, but when I’m in the right state of mind I play my best and I can compete at a very high level.”