You are here
Home > British Poker Open > How to Make The Most Out of Your London Trip: Top 10 Places to Eat 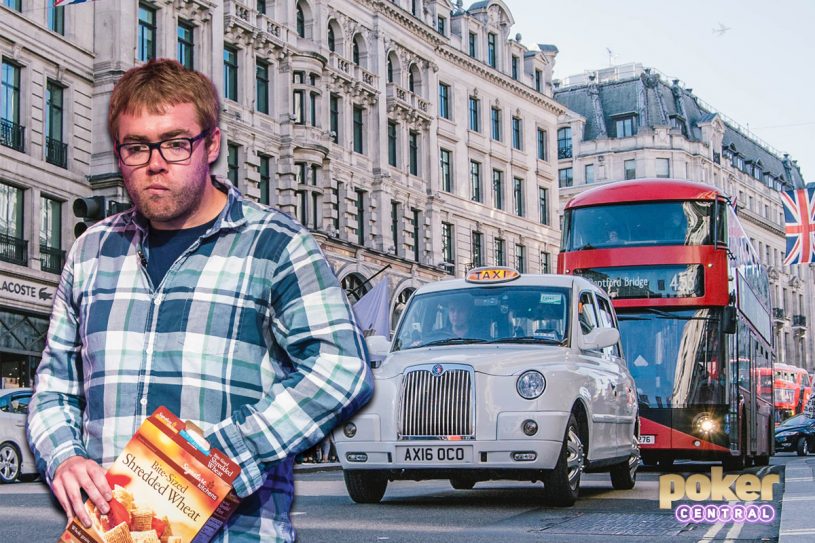 Get the most out of your trip to the British Poker Open with these hot restaurant tips.

London is one of the premier dining destinations in the world. With the British Poker Open taking place between 2nd-15th September at the Aspers Casino in Stratford’s Westfield Shopping mall, players will be looking for chips throughout the festival, but the very best food to accompany it in the dinner breaks. Where’s best to eat for the elite? Take a look at the appetizers on our tour around the gourmet districts of England’s capital.

With many of Britain’s best restaurants being from the home of dining – France – Le Gavroche is unmissable cuisine. Opening in the ‘swinging sixties’ in 1967, the home of legendary celebrity chef Michel Roux Junior has not one but two Michelin stars – the highest-ranking rating system for restaurants in the world. Based in Mayfair, the ground-level Gallic home of gastronomes from around the world boasts all the classic French meals and is the self-proclaimed ‘home of fine dining’.

With three locations – Berkeley Street, Old Park Lane, and Shoreditch – Nobu retains a glittering reputation as one of the places to dine in London. Founded by the Japanese chef Nobuyuki Matsuhisa, his restaurants are a fusion of Japanese cuisine and Peruvian food. As well as being featured in the film Ghostbusters, Nobu is famously popular with the Hollywood film star Robert De Nobu, ahem, De Niro. The Godfather of multi-cultural cuisine awaits.

Long associated with the red-top newspapers as the place to be for celebrities, The Ivy is located in Seven Dials at Covent Garden and might be the only restaurant on our list as famous for who enters its doors as what it is actually like to sit down and eat. The revered restaurant, famed for its pre-and-post theatre dining experience, has a highly varied menu most popular with two-course bookings either side of the West End’s best shows, making The Ivy perfect for those days off between tournament days at the felt.

If you like your food as artistic as its surroundings, then it’s back to Mayfair for 34 Restaurant. With Art Deco design and a seasonal menu that incorporates classic flavors and new creations across both food and drink – the cocktails are the perfect way to celebrate that latest title – 34 is a terrific place to blow off steam and relax with friends, whatever the result at the felt.

Located at The Shard, Aqua Shard is so popular that reservations are only open on a rolling basis every three months. Oh, and if you bust early one day during the British Poker Open, you’ll have time to enjoy the Mary Poppins Afternoon Tea with food-themed to the famous London-based movie of the same name. The restaurant itself is situated on Level 31 of The Shard, which is Western Europe’s tallest building and offers panoramic views – as well as food – to bust for.

If you’ve traveled all the way to London from the United States, you might be missing a little piece of home. If you hail from the East Coast, then you may well miss the flavors of New York and The Rib Room boasts not just the biggest but the best beef in London. IF you are looking for a great piece of beef in a place that will remind you of home.

To say that The Araki is exclusive would be to understate to an enormous degree. The restaurant only seats nine diners in the summit of sushi creation in England’s capital city.  With the legendary Mitsuhiro Araki bonding with his diners as he prepares their meals, be warned or inspired: this is an intense dining experience you simply won’t get anywhere else.

If its Italian food that inspires you, then the shortest distance for an elite restaurant on our list could be perfect for you. Gloria brings plenty of Mediterranean charm to East London, located in Shoreditch, with none of the snobberies that some eateries will supply as standard with their incredible food. The popular restaurant is a vibrant, lively place to find great food with enough time to dash back from the dinner break in good spirits and with a happy stomach to match.

For a blend of European cuisine and specially created cocktails, you could do far worse than head to Bōkan in Canary Wharf. It may be based on the Isle of Dogs, but the design of the venue hails from Scandinavia, with three floors of rustic design giving you a truly singular experience, with vast glass-to-ceiling windows even extending to the restrooms! From the 39th floor up, you can dine like a king, with several unique gastronomic experiments all providing culinary thrills whenever you dine out there.

If you like Indian cuisine, then you’ll love the Michelin-starred creations of Trishna in Marylebone. With Southern Indian cuisine the order of the day, there’s a great menu which bears repeat dining, such is the variety. If you visit once and hit some good cards, there’s the perfect excuse to return to your lucky restaurant. If not, then you can always try another from our list.

With a variety of poker content to suit every palate available on PokerGO, why not subscribe now for year-round membership the best poker coverage on the planet? From the latest partypoker MILLIONS Europe replays to archive WSOP footage and every live PokerGO stream on the menu, you’ll be spoiled for choice 24 hours a day, 7 days a week. Bon Appetit!