You are here
Home > News > All Hail King Phil Hui, Norman Chad’s Gamble Has a Ring To It & Dario Sammartino’s Sale 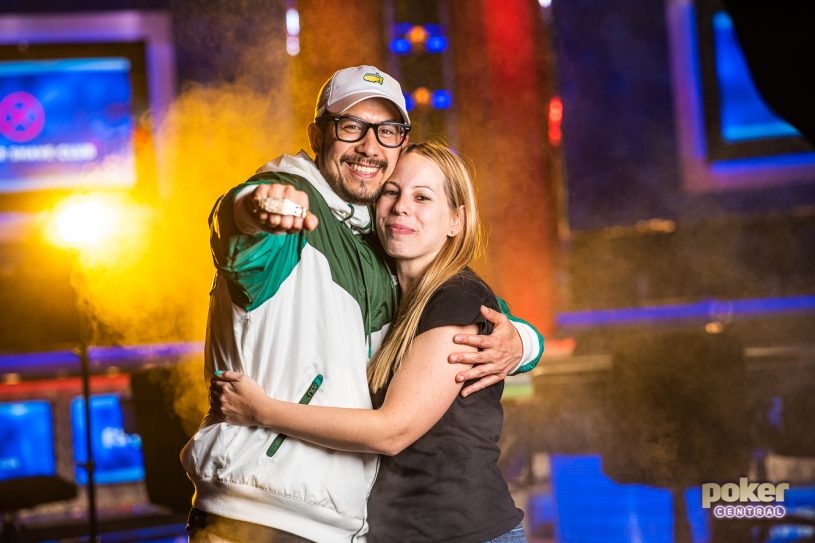 After the five best days of many poker fans’ year, the $50,000 Poker Players Championship final table is over and the winner of the Chip Reese Trophy is none other than Phil Hui. After we focused on his incredible journey through memes to the final table yesterday, he just did this upon winning the championship.

Yes, he may not have been the Phil many hoped to win, with Ivey so prevalent earlier in the tournament, but he’s the Phil we all deserve. What a hero.

Some packages are good value, some are great value. Then there’s Dario Sammartino.

Cool random story from today that seems safe to share. Sammartino running well, Oppenheim whips out a wad of cash, hands him 3k and says “can I buy 10% of you in the main”. Dario politely declines. David ups offer to 3500. Dario gives him $ back except $100 and says “for you, 1%”

"If I were on molly I would have shoved the turn." #OverheardAtWSOP

One of the best, and not just in terms of his success, Mike Sexton was giving back after playing the Tag Team Event.

No-one thinks it’s them, but this gentleman certainly provided some color at the Colossus table he shared with this happy snapper.

Frank Kassela has learned to take a mature, humorous view on exactly how slowly some people play. He’s an example to us all.

Some people behave like absolute morons when they are in a poker tourney … doing everything as slowly as humanly possible (checking hole cards – getting chips – folding) it’s gotten to the point where I just sit here and giggle at their idiocy!

CHAD PUTS A RING ON IT

How happy was Norman Chad is this recent hand to gamble his wedding band? Well, you can answer that on the strength of his marriage, so we’re guessing he was a lock.

Before I was unceremoniously busted in last night’s WSOP $1500 Omaha mix event, I quadrupled up on this hand.
Please note the wedding ring in the pot. I play for keeps. pic.twitter.com/kr4O323ki0

The latest standings in the $25k Fantasy League have Team Poker Central top of the pile again after Dan Zack pulled yet another heroic performance out of the bag. With three teams in particular right on their heels, however, can Remko and Brent’s have-a-go heroes hang on?

Take a look at the full standings here.