You are here
Home > News > Gus Hansen: “They Think Gus Hansen Never Has It!” 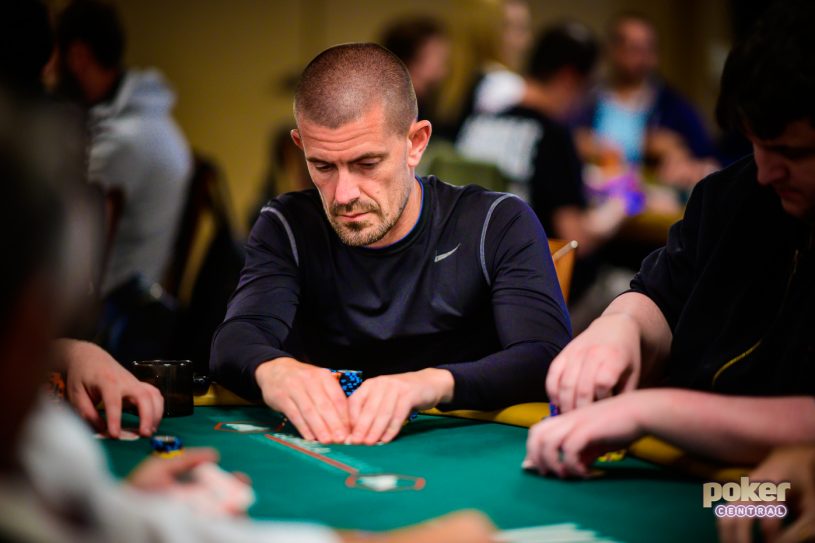 Gus Hansen in action during Day 2c of the WSOP Main Event.

The 2019 World Series of Poker Main Event is only on Day 2c but there are already some thrilling storylines developing including the massive stack of Gus Hansen. Hansen hasn’t cashed a live event in more than five years but as of right now he’s in the Top 10 chip count with roughly 750,000 chips.

Speaking to Hansen on break, he explained how he sat down to play on Day 2 with little motivation to play.

“I wasn’t super motivated coming from the big cash games into the tournament and I got short pretty quickly,” Hansen said.

Hansen eventually tripled up, closed out the day with 104,000 chips and picked up some added motivation along the way. Just before the first break started, Hansen raked in a few big pots to get to within striking distance of a seven-figure stack and a real chance at running deep in this event.

“I have a lot of experience in tournaments and now that the blinds and antes get bigger and bigger I get more and more excited. Hopefully and I can stick around for a while!”

With more than $10 million in live tournament earnings, Hansen all the experience needed to make a deep run and he feels as though the deeper he gets the better it is for him.

“When the money comes closer or people are looking to make a little more, that’s something I can take advantage of. Before the flop though, I think I’m at a little bit of a disadvantage because they think Gus Hansen never has it, but after the flop my experience gives me an advantage.”

Last year, Hansen said that it was going to be great summer and while this summer he’s having a good time in Las Vegas as well, things are a fair bit more serious.

Before going on his break, Hansen smiled and said, “It’s a great summer!”