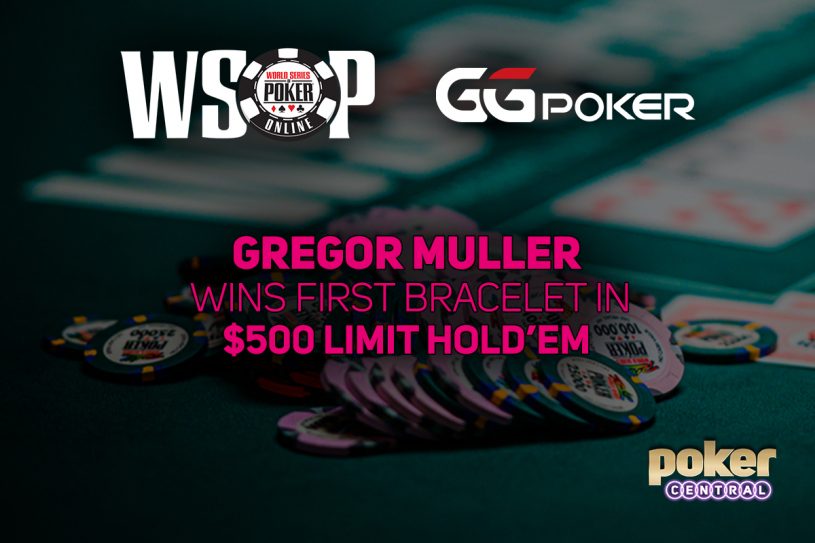 With just 98 players finishing in-the-money, the likes of Juha Helppi, Eoghan O’Dea, Dan Smith, Dylan Linde, Erik Seidel, Benny Glaser, Matt Vengrin, Connor Drinan, and Anson Tsang all collected a WSOP cash. With only ten players remaining, there would be an elimination on both of tables as Wei Zhao fell in 10th, and Ken Okada exited in ninth-place, as eight players redrew to one table with Anmol Srivats holding the chip lead.

Hong Kong Nguyen would be the first to fall when his queen-jack failed to improve against Michiel Van Elsacker’s ace-seven. Michael Schwartz would fall in seventh-place when his king-ten suited flopped a double-gutshot and flush draw but couldn’t spike against the top set of Van Elsacker. Davide Suriano immediately followed when his top pair was outdrawn by the turned trips of Botteon, before Drew Soik was eliminated in fifth-place when his ace-jack was outdrawn by the jack-eight of Botteon.

GGPoker Twitch Streamer Van Elsacker’s run would end in fourth-place when his ace-deuce failed to hold against Botteon’s queen-ten, and after Srivats exited in third-place losing ace-queen to Muller’s eight-six, Muller entered heads-up play holding a slight lead over Botteon. Each player would take their turn holding the heads-up chip lead, and when Muller reclaimed it once more, he started to push the gap between the two. Eventually, with Botteon down to a handful of big blinds, he found himself all-in with seven-six against the queen-jack of Muller. Botteon took the lead on the flop, but Muller snatched it on the turn before a brick on the river ensured he would be crowned the Event #67 champion.