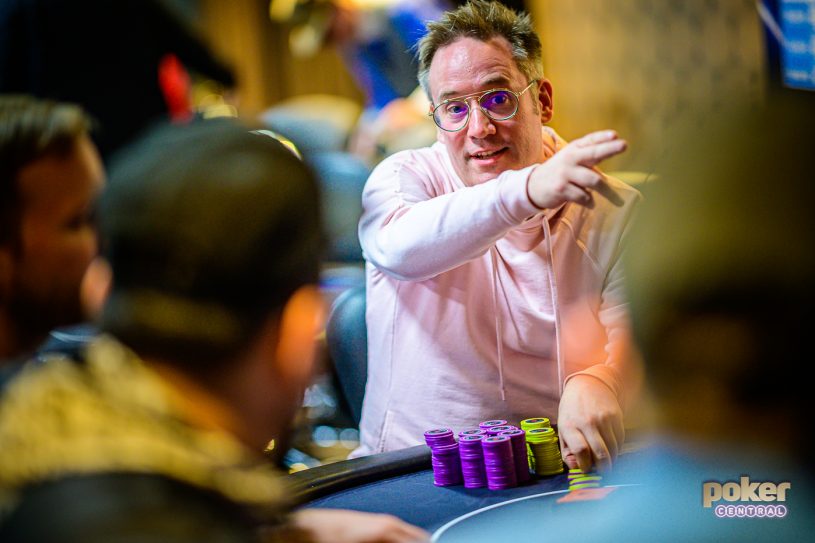 Sam Grafton shares the chip lead with Luc Greenwood heading into the final table of Event #1 of the British Poker Open.

The final table is set for Event #1 of the inaugural British Poker Open at Aspers Casino in London. Leading the way are Luc Greenwood and Sam Grafton followed by Mike Watson. The final table seat draw is as follows.

The day started with 12 players spread out across two tables and Manig Loeser started out by doubling through Koray Aldemir right off the bat. Giuseppe Iadisernia, however, was the first player to get eliminated when he ran into Mike Watson’s aces. Watson continued to push players as he also busted Stephen Chidwick, Koray Aldemir, and Barry Shulman in the early goings of the event.

Shortly after registration closed, Sam Soverel, the current High Roller of the Year leader was eliminated by a surging Sam Grafton. Soverel shoved on the turn with top pair and the nut flush draw only to run into Grafton’s top set.

Grafton’s ascent continued when he ran his kings into Mike Watson’s aces with the board bringing four diamonds to give him a winning flush. This pot put Grafton at 780,000 with 2.6 million in play and still 13 players remaining.

Danny Tang, Jake Schindler, Elio Fox, and Manig Loeser busted in quick succession to bring the field down to its final table of nine lead by the aforementioned Grafton. Cary Katz was the first to bust at the final table followed by former GPI No.1 Alex Foxen.

In seventh place, the current No.1 in the world, Stephen Chidwick hit the rail. Chidwick found himself all in with ace-queen versus Mike Watson’s queens to bring the field down to just six.

On the final hand of the night, Chin Wei Lim shoved his last 116,000 into the middle with ace-seven only to get called by Mike Watson’s ace-jack. The board brought blanks and Lim busted in sixth place.

Check out more in the Live Events tab on PokerGO for upcoming. New to PokerGO? Subscribe right now.