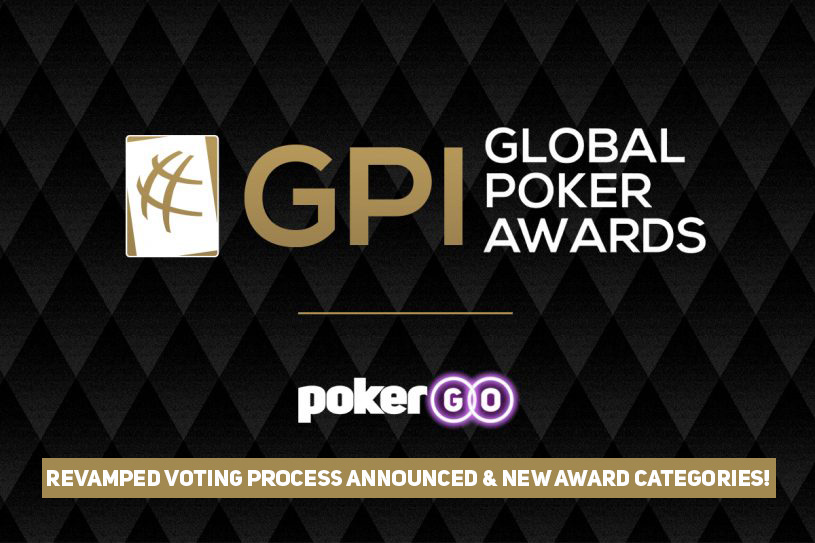 The most significant change to the voting process is very straight forward: The nomination panel will no longer vote in every category with a small jury deciding on all awards given out on March 6th. Based on outreach and conversations between the Global Poker Index and its potential jury members it will be determined who will have a say in which categories. Don’t know much about who are the most exciting poker streamers? You won’t get a say. You don’t listen to poker podcasts? Well, that means you won’t have to submit your input for that category.

The people who are ultimately selected to vote in each category will eliminate the jury process. As the Global Poker Index press release states:

“Voters will first be asked to vote in the preliminary round, where a large list of eligible candidates will be whittled down to a smaller group. Voting panel members will once again vote in this final round and those results will determine the nominees and winners in each category. Final round voting will mimic how many major sports leagues vote for their year-end awards, using a 1st/2nd/3rd place system and points are then distributed based on those votes.”

A grand total of 25 gold trophies will be handed out during the 2020 Global Poker Awards ceremony on March 6th at the PokerGO Studio in Las Vegas, eight of which are in brand new categories. Here’s an overview of the new awards that are making their debut in 2020.

Here’s a full list of the other awards to be handed out at the 2020 ceremony.

Voted on by the fans

Voted on by the GPI’s Top 100 Ranked Players

Watch the 2020 Global Poker Awards live and exclusively on PokerGO. New to PokerGO? Subscribe right now to watch all the live and on-demand poker you can handle!