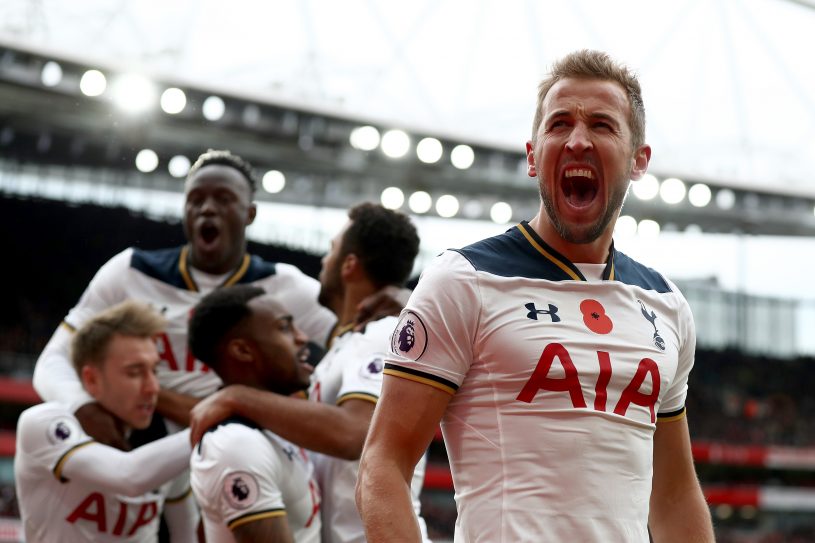 The action at the felt during the British Poker Open is sure to be dramatic, full of energy and enjoyable for everyone watching in the crowd. Aspers Casino in Westfield, Stratford will bring the most exciting of mind sports to spectacular life on PokerGO from the 2nd – 16th of September. But what else is happening in the English capital during that period which players who arrive in London could take in when they’re not at the table? We take a look at seven sporting events to get involved with during a stay in London this September.

Taking place the day before the action gets underway at the felt is the North London derby, at the home of the side who were originally based South of the river as the Woolwich Arsenal. These days, of course, both The Gunners and The Lilywhites are teams to be reckoned with, and Spurs finished in the top four last season while their cross-town rivals did not. With Arsenal desperate to win and Harry Kane leading Tottenham into battle against the team who discarded him as a young player, drama is guaranteed. If you can’t get a ticket, the atmosphere in and around North London will make local venues and fan parks the place to be.

The same applies to England’s next fixture under Gareth Southgate as the England national team manager leads his troops into another set of European Championship qualifiers, this time against a team who have never beaten England. Will Raheem Sterling again prove to be a vital player for club and country at Wembley Stadium, the ground nearest his birthplace?

If you want to participate in a fun run instead of a watching brief, then this flat running course taking in the London Stadium, London Aquatics Centre, and other iconic parts of the London 2012 Olympic Park should inspire you. Just a stone’s throw from Aspers Casino, you can keep fit and join the 15,000 people who’ve completed the course. With around 500 runners in most races, you’ll be hoping to ‘run good’ as you battle for bragging rights against fellow players as well as a souvenir medals and goody bag. Get, set, go!

If you’re interested in physical activity in London itself, then you might learn plenty from Active London, an annual engagement event taking place at the stunning 30 Euston Square, a grade II listed building. There’s a lot to take in, with technology, community development and learning about new and exciting ways to stay active in life. Knowledge costs, and at £45 – £250, it’s not cheap, but the information imparted could add years to your life. Boom.

England face an extremely uphill battle to win back The Ashes at the time of going to press, but if they somehow win or draw the third test, then the fifth test at The Oval could be crucial. If that’s the case, you’re in for a treat, because between the 12th-16th September, the series will be coming to a climax at the home of English cricket during what could well be a scorching summer’s weekend. If you’re not running hot in the final could of days action at Aspers, it might be worth taking in the thrill of willow striking leather.

Finally, just a hop on the tube across London comes the charm and thrill of Fulham and West Bromwich Albion, two of the best teams in the English Football League Championship clash at Craven Cottage. With goals flying in from both teams already this season, it could be a great game to go to with friends and tickets are currently still available for the game, so taking in a live game in an iconic stadium could be yours for the taking.