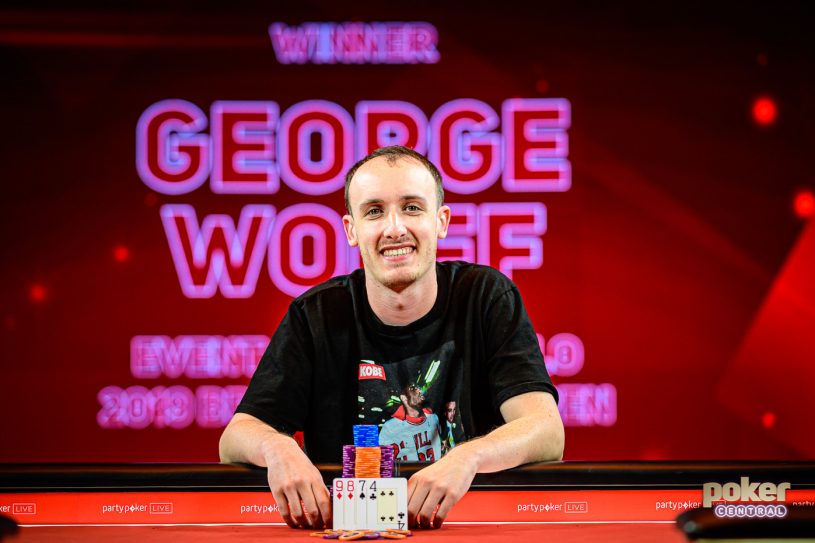 George Wolff after winning Event #2 of the British Poker Open.