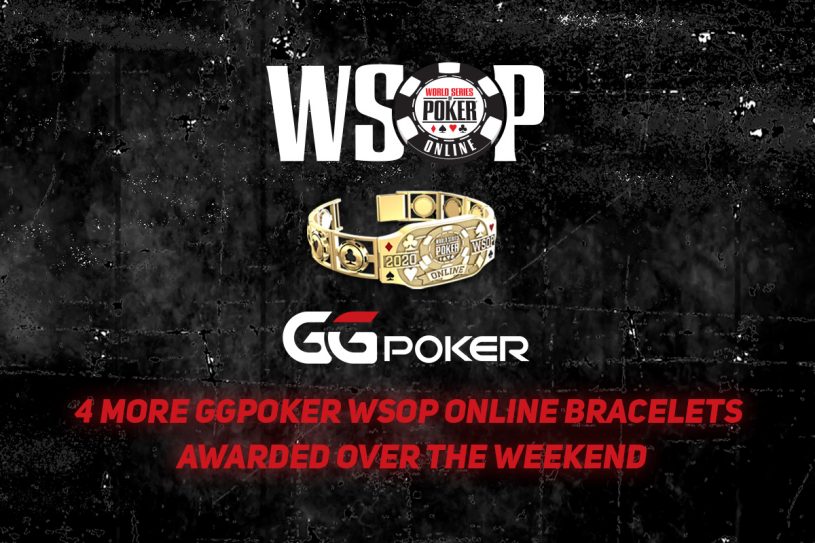 The 2020 World Series of Poker Online on GGPoker continued over the weekend with four WSOP bracelets being awarded, while the Heads-Up Championship reached the final four and would be paused until Saturday, August 15.

The final event of the weekend was the Event #57: $150 GGMasters WSOP Edition that attracted 9,835 entrants and created a $1,357,230 prize pool. Roberto Romanello would fall short of reaching another final table as the final nine were guaranteed a near seventy-fold increase on their buy-in.

Inevitably, it would be Russia’s Anatoly “Pohitrusha” Suvarov defeating David “Duvidl18” Edelstein in an hour-long heads-up duel to win the $183,526 first-place prize and his first WSOP bracelet.