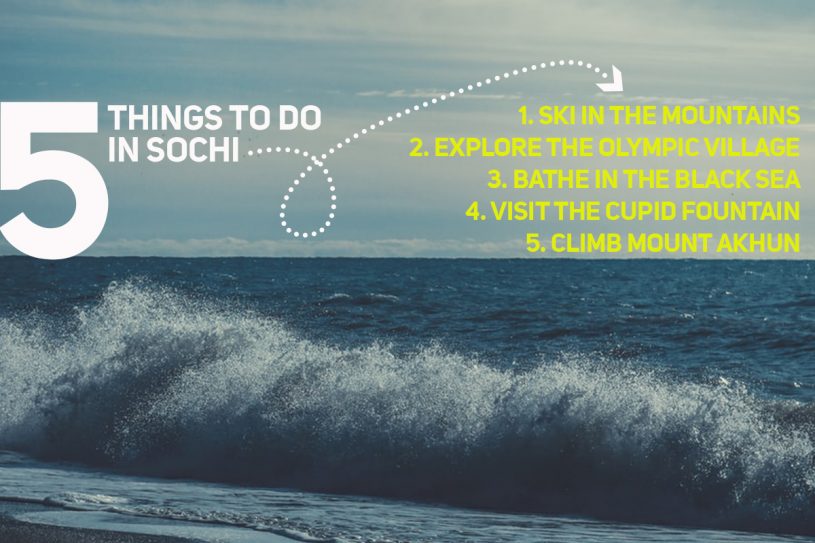 When the Super High Roller Bowl arrives in Russia next week, not only with it attract plenty of the world’s best poker players, but thousands of other poker players and poker fans too. There’s so much to do in the Russian mountains that you should consider exploring while you’re in town for the partypoker Super High Roller Series.

As far as winter pursuits go, it’s hard to beat skiing in the stunning city of Sochi. With the Rosa Khutor resort the most popular of the many places to ski, there are 102km of ski slopes on offer just at that location alone. The highest ski point in Sochi is at the top of the Rosa Khutor resort and sits at an altitude of 2,320 meters.

The Sochi Olympic Park is one of the most popular attractions in the City, with the setting for the 2014 Winter Olympics having cost a staggering $51 billion to put together. Not only were the Olympics a huge cost, including the stadia, but the cost was four times the initial imagined outlay and included urban and regional regeneration in the Sochi region, including conservation of its stunning natural landscapes.

The Black Sea is one of the most popular features of massive tourist trade in the area, and the huge coastline between Georgia and Russia is a sight to behold. While Sochi has wonderful sunny beaches when warm, with even Stalin having a vacation home in the area, nowadays he would have had trouble grabbing a deckchair. Over four million people visit the Black Sea every year and the experience is second to none.

If you don’t fancy taking your swimming costume, then taking a walk to the Sochi Arboretum is a great alternative. With a wonderful collection of subtropical flora and fauna, it is also home to the Cupid Fountain. There’s nowhere better to seal that moment of romance with your partner, or, alternatively, if you’ve dragged your spouse on a poker trip, this is the best chance you have of flipping the script for getting points on the board.  Impress your partner by letting them know that the Arboretum holds 24 species of palm, 76 species of pine and 80 species of oak in its walls.

There’s no sight more spectacular in Sochi that Mount Akhun, which is 663 meters above sea level at its highest point and located in the Khostinsky City District of Sochi. Situated between the Matsesta and Khosta rivers, the summit is heralded by a 100-foot-tall Romanesque tower and stands near the ancient ruins of a Christian church and translates literally as ‘The mountain giant’.

There’s nothing as spectacular as the feast of poker that will be on offer at the Super High Roller Bowl. To watch all the action, simply subscribe to PokerGO today and you’ll have 24/7 content ready to stream via multiple devices.