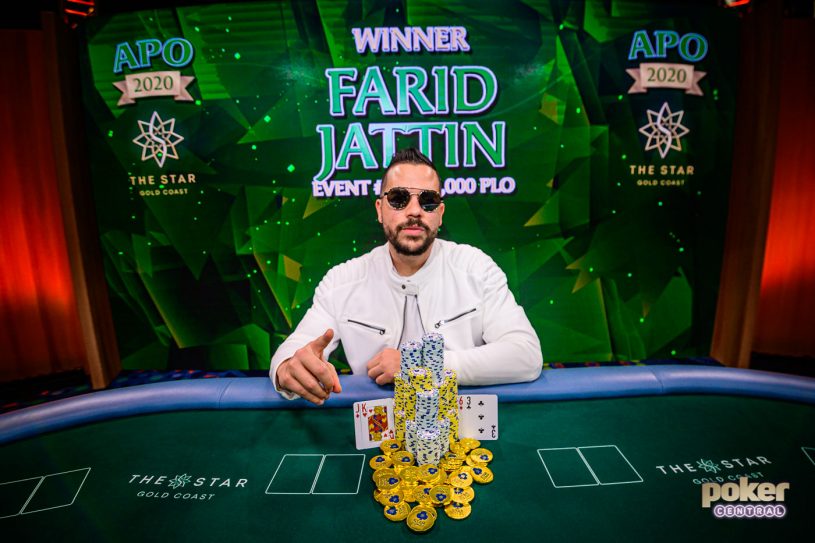 The Championship lead changed today at the hands of Andras Nemeth who recorded his third cash, finish fourth, to bring his points total to 480, 30 more than Canadian Mike Watson. Nemeth, however, was no match for the unstoppable freight train that was Jattin who’s been running hot in Australia.

“I came from Melbourne with a nice win and today I came in with a big chip lead and I’m lucky that things worked out again.”

“Today was a special situation because all their stacks were very even and I could apply a lot of pressure on them. This favored me a lot, but there’s a lot of luck in PLO, but it felt like I played flawlessly and I’m happy with my performance.”

Aside from winning big money and competing against the best players in the world, Jattin also represents a country, Colombia, that doesn’t have a strong history of high-level poker players, putting him in a unique position.

“I’m very proud to be Colombian, as there are not that many Colombian poker players out there. I want to represent Colombia properly and I feel like that’s always something I wanted, puting the flag up in the sky is amazing to me.”

“I have a bad feeling about this,” Nemeth said before the dealer fanned out two spades on the flop to give Jattina flush draw. The turn brought the seven of spades, giving Jattin a flush, and the river did not help Nemeth.

Transitioning from playing predominantly cash games into bigger size tournaments, Jattin is happy with how he’s adjusted and his confidence is continuously growing with each big result.

“When you get a couple of wins it gives you confidence and I feel like people play against differently. Things are great, I can’t complain. It would be very special for me to win the Australian Poker Open because these are some of the best players in the world, there’s still a long way to go so we’ll see what happens.”