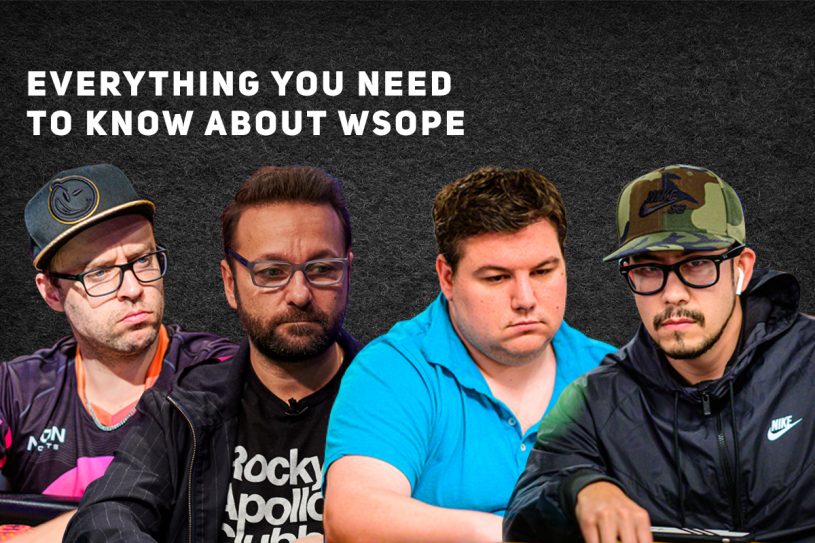 The World Series of Poker Europe is upon us, and as we announced yesterday, you can watch all the action on PokerGO after Poker Central and the World Series of Poker announced that PokerGO will stream coverage of the WSOP Europe. With Daniel Negreanu, Shaun Deeb and current leader Robert Campbell all shooting for the title of 2019 WSOP Player of the Year, the race for supremacy begun as early as the first event, simply called ‘The Opener’.

THE HISTORY OF THE WORLD SERIES IN EUROPE

This historic event hasn’t always been set at the King’s Resort in Rozvadov, which is comparatively new in poker terms. The WSOPE has visited England, France

Players have won their first live cashes in the World Series of Poker on European soil plenty of times, with players able to take to the felt from the age of 18 in Europe rather than 21 in America. Adrián Mateos, for example, won a million Euros in 2013 at the age of just 19 when he triumphed at a final table including players such as Shannon Shorr, Benny Spindler, Dominik Nitsche, and eventual runner-up, Fabrice Soulier. Here is a list of all the Main Event winners since the WSOP Europe’s inaugural festival in 2007.

Announced at the time as an expansion that would represent glamour and glitz, it was declared that “If James Bond were hosting a poker tournament it may look like the World Series of Poker Europe.”

Thomas Bihl was the first-ever player to win a WSOP bracelet outside of Las Vegas when he took down the opening event of the 2007 festival, defeating Jennifer Harman heads-up in a H.O.R.S.E. event.

THIS YEAR’S RACE IS ON

With Robert Campbell in town, the Australian announced his arrival in King’s Resort via this amusing video on YouTube, while Daniel Negreanu’s entourage means he will be the biggest circus in town during the 11 bracelet events. His regular Twitter updates via video blog will be entertaining his fans throughout.

With current leaderboard top dog Robert Campbell, Shaun Deeb, Daniel Negreanu, David ‘ODB’ Baker and Ismael Bojang definitely attending, as well as the rumoured participation of $50,000 Poker Players Championship bracelet winner Phil Hui, there really is all to play for in every event.

Current Top 10 Standings in WSOP Player of the Year:

With 11 bracelet events and 15 events in total, there is no end to the action from the middle of October until November 4th, with fireworks guaranteed.

You can watch all the action from King’s Resort in Rozvadov by subscribing to PokerGO today. There’s 24/7 content in the form of live streams, cash games, classic shows such as the WSOP and Poker After Dark as well as exclusive documentaries, too. It’s -EV to miss out!