You are here
Home > News > EuroTrip! Poker Players Relax Prior to the WSOP 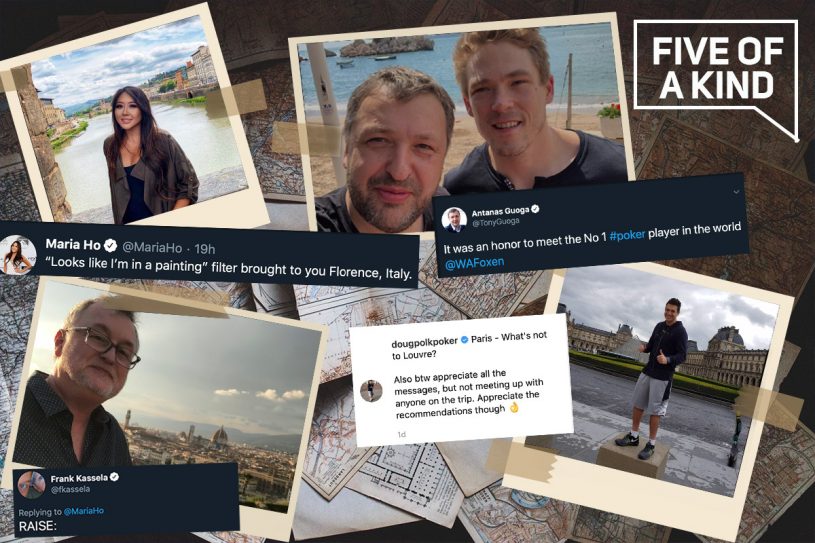 Poker players are on vacation and we've got the photos!

The World Series of Poker is right around the corner but with the EPT Grand Final having just wrapped up and the Montenegro Triton Super High Roller Series still underway, many of the biggest names in the game are vacationing in Europe. Let’s dive into some great vacay snaps!

For years now, Tony G has been a recreational player who jumps into tournaments whenever he can find the time and energy. Playing in the Super High Roller Bowl in Las Vegas as well as some Triton Super High Roller Series events, the G only shows up for the biggest and most badass events as evident by the photo below. Alex Foxen got some nice face time with Guoga and we hope that he got some great table talk lessons for the upcoming WSOP!

It was an honor to meet the No 1 #poker player in the world @WAFoxen pic.twitter.com/ldS5RiIMbv

Maria Ho jumped from Monte Carlo to Florence, arguably one of the prettiest places in the world! Ho took a photo on one of the city’s iconic bridges but was immediately raised by Frank Kassela who managed to get a selfie with the historic Duomo in the background! Step up your game Maria!

The highest of rollers made their way to Montenegro to play in a Game of Thrones-esque type setting for millions and millions of dollars. Lauren Roberts was kind enough to share this beautiful video with us as she was soaking up the scenery!

Life is good!! Relaxing in Montenegro, having a drink and watching my bff @BrynKenney crush!! 💃💃💃 pic.twitter.com/LLvFlrDjQo

While most of the people featured in this article were traveling before, after, or during poker events, Doug Polk was actually just on vacation! We all know Polk is far from a tournament grinder but his vacation snaps are definitely worth following. Slim Doug is looking spry but we’re not a fan of the classic workout look in front of such an iconic building!

Paris – What's not to Louvre? Also btw appreciate all the messages, but not meeting up with anyone on the trip. Appreciate the recommendations though 👌