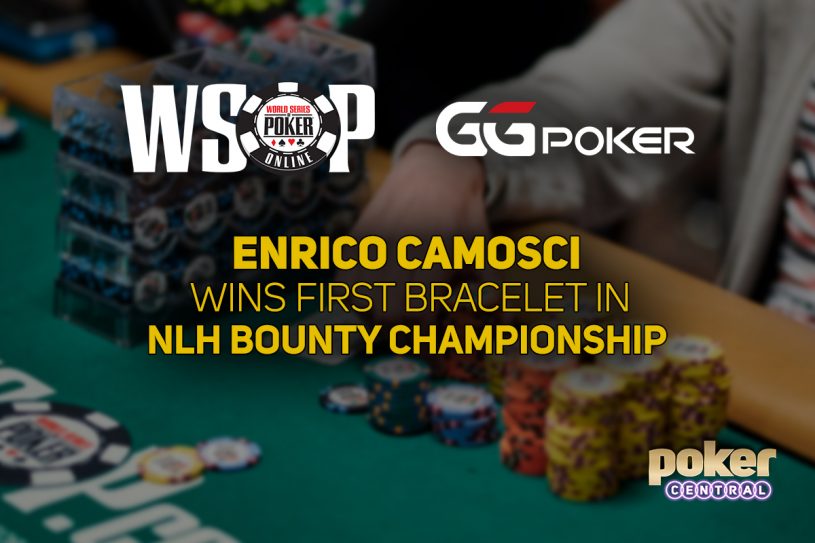 The 2020 World Series of Poker Online on GGPoker returned on Tuesday with Event #50: $2,100 Bounty Championship attracting an 1,168-entrant field that created a prize pool of $2,336,000. After roughly ten hours of play, Italian Enrico “GTOExploiter” Camosci collected his first WSOP bracelet and the $327,319 first-place prize.

Camosci held the chip lead over the final nine, and it would be 2017 WSOP Main Event finalist Damian Salas falling first when his pocket fives couldn’t outdraw pocket queens. Dominik Panka and Connor Drinan were the next two to fall, before Renato Valentim fell to the two pair of Aki Virtanen. Camosci then eliminated Murilo Figueredo in fifth place, and Alexander Fitasov in fourth place to hold a sizeable lead. After Aki Virtanen was eliminated in third, Camosci held a near two-to-one chip lead over Omer Ozsirkintis. The final hand would see Camosci three-bet shove with pocket sevens, and Ozsirkintis call all-in with ace-king. An ace fell on the flop, but when a fourth spade fell on the river to give Camosci a flush, he eliminated Ozsirkintis in second while being crowned the Event #50 champion.