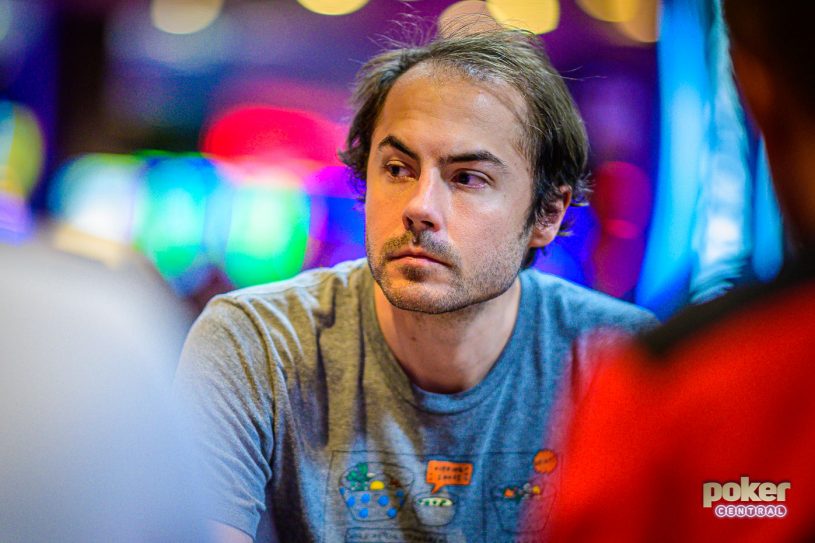 Elio Fox can close the gap atop the BPO leaderboard with an Event #6 win. (Photo: Poker Central)

After the first £25,000 NLH event played deep in to the structure on Day 1, the second £25,000 NLH event of the British Poker Open ended relatively early. That means there will be significantly deeper stacks at Sunday’s PokerGO streamed final table, with Elio Fox sitting the deepest.

The Event #3 podium finisher bagged the Event #6 chip lead, thanks to a big pot against Timothy Adams and some timely aggression at the final table. While Fox can’t catch BPO points leader Sam Soverel, he can work himself into contention with another podium finish.

The same can be said about Ali Imsirovic. The reigning Poker Masters champion recorded a 3rd place finish in Event #5 and he’ll look to close the gap on both the BPO and HROY leaderboards with another solid final table result.

Spain’s Sergi Reixach sits in the middle of the pack and he’ll try to fair better than his countryman, Vicent Bosca, who bubbled today’s final table. Timothy Adams and Michael Zhang round out the lineup. They’ll return on the bubble under the most pressure, as only four players will cash in Event #6.