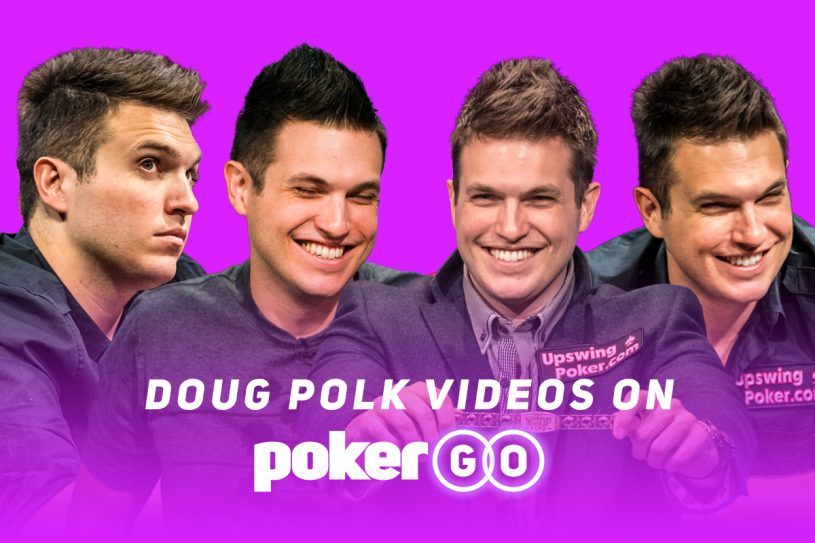 For many years, Doug Polk has been a huge part of the poker fraternity, both in terms of entertaining players and taking on opponents at the felt. With an impressive resume of poker results, Doug Polk has won $9.4 million at the live tournament felt but has probably won much more than that online.

DID VIDEO KILL THE POKER STAR?

A supreme poker player, Polk’s transition from massively successful poker player to content maker may look like it has cost us all the enjoyment of both his poker playing skill and video-making talent, especially with Polk’s announcement that he won’t be making any more poker videos after his latest broadcast.

Doug Polk’s appearances on PokerGO are many and varied and it’s hard to make a case against Polk is one of the most entertaining players of modern times, down to both his play and his reach on YouTube. Take this Super High Roller cash game, for example. He’s electric to watch at the table, and every time you do so, you know that he’s been about to put out a video that will make you laugh, smile and probably think too.

GETTING TO THE HEART OF THE MATTER

Doug Polk as a poker player showed extremely good skills and no lack of humility away from the felt discussing the game. From breaking down hand analysis to examining others in the industry and their actions, Polk has always had something to say for the last few years.

However, despite his innate ability to cut to the quick on others, Polk hasn’t been afraid to admit his own failings, announce his own self-improvements and even answer some of the ‘Deep Issues’ in his own life, as he showed right here.

While he has led an extremely successful life as an online pro playing under the name ‘WCGrider’ and he’s obviously conquered poker on YouTube, with more views than anyone in poker in the last 12 months alone, Polk is a superbly talented live player and his retirement is poker’s loss.

Polk won his first World Series of Poker bracelet in 2014 when he took down a $1,000-entry Turbo NLHE event for $251,969, and he followed that up with the $1,000 Tag Team event victory two years later, taking it down with the help of friend Ryan Fee. His undoubted live poker highlight came in the 2017 $111,111 High Roller for One Drop, however, which he won for a staggering $3.6 million, easily the biggest result of his stellar poker career and his signature success that was celebrated in a video of that year’s best winning moments.

If you’re new to PokerGO or just started subscribing, then you could do far worse than check out all the videos featuring Doug Polk. The poker and YouTube legend may have turned his phenomenal video-making skills towards reporting on the current news – and his new videos are great – but we’ll always have plenty of poker footage to look back on too.