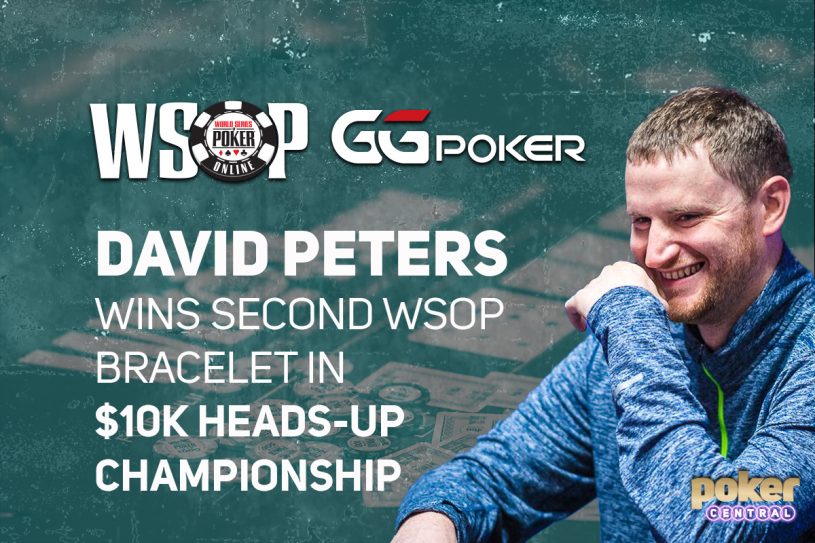 The 2020 World Series of Poker Online on GGPoker continued on Saturday with the conclusion of Event #54: $10,000 Heads-Up Championship that was down to the final four from the 128-player field. Michael Addamo, David Peters, Alyssa MacDonald, and Michael Zhang were all guaranteed $124,160 in prize money as all eyes were on the $360,480 first-place prize, an added WSOP Europe package, and the WSOP bracelet.

Australia’s Addamo would face off with England’s Zhang, while America’s Peters would be squaring off with Canada’s MacDonald. Both Addamo and MacDonald took the early advantage in their matches, and it would be Addamo dealing the first major blow when he eliminated Zhang in fourth-place. Zhang barrelled every street and shoved all-in on the river after flopping kings-up, and Addamo called him down after flopping trips to be the first to progress through to the finals. On the other side of the bracket, both Peters and MacDonald continued to take their turns at holding the lead before the final hand. In a three-bet pot, MacDonald flopped top set to be ahead of Peters’ middle pair and gutshot. Peters called a continuation-bet, and when he turned a flush draw, he called another bet from MacDonald. The river saw Peters spike his straight, and after MacDonald checked, Peters moved all in. MacDonald used the full extension of her time bank, and after she called, she was eliminated in third place.

Both Addamo and Peters were chasing more WSOP gold, as Peters had won a $1,500 No-Limit Hold’em in 2016, while Addamo won two in 2018. Addamo was the first to edge ahead, but when Peters made a bigger full house, he now held the advantage. Holding two pair, Addamo then picked off a river overbet from Peters holding just ten-high as the Australian moved out to a near five-to-one advantage. After the two went back-and-forth for a while, a brutal cooler would be dealt that saw Peters turn a straight flush as Addamo turned the ace-high flush. All the money went in on the river, and Peters doubled through to hold a slight chip lead.

Addamo found a double of his own with ace-three against king-ten, but shortly after that, the final hand would play out. With roughly seven big blinds, Addamo moved all-in holding jack-three and Peters called with ace-king. An ace on the flop left Addamo drawing incredibly thin before the board ran out a full house for Peters to see him crowned the Event #54 champion.