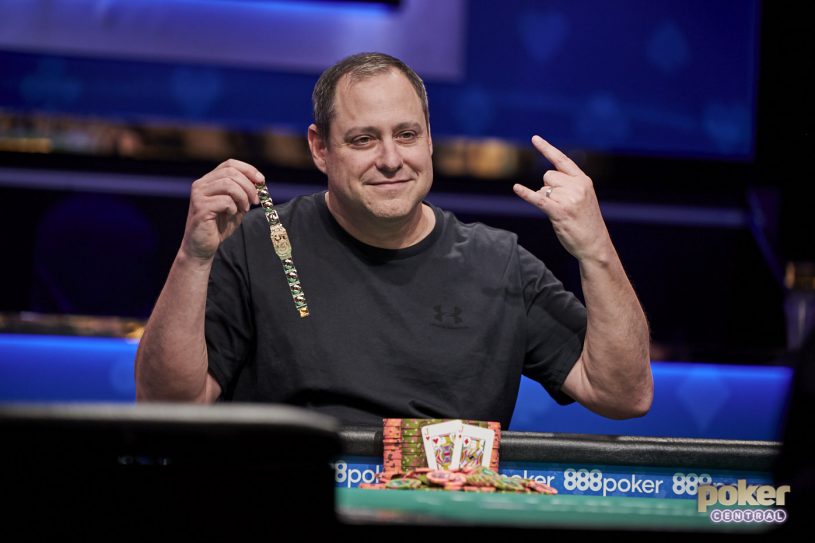 What a day of action in mixed games at the World Series of Poker. Not one but two huge winners saw their names – already carved in legend – only become more widely appreciated as legends of the game. We’re back at the Rio All-Suite Hotel & Casino for the crowning of two more thoroughly deserving champions.

David Baker is finally a double-WSOP bracelet winner. Seven years after his maiden triumph in the 8-Game Mix event of the 2012 Series, Baker became the latest bracelet holder after his triumph in the $1,500-entry Limit Hold’em event.

Having burned through the field in the final two days, Baker saw his second title arrive in much smoother fashion than his first, as he beat Brian Kim heads-up after having the chip lead for a huge proportion of the final 22 hours at the felt. Hacing won the WPT L.A. Poker Classic in March for

2019 World Series of Poker Event #66: $1,500 Limit Hold’em attracted 541 players, and after finishing as chip leader on both Days 2 and 3, well-respected poker pro David “ODB” Baker closed it out at the final table of six without relinquishing that lead.

Baker, who back in March won the WPT L.A. Poker Classic for $1 million, took home ‘just’ $161,139 for this victory, but the manner of his win, aligned with his year in general, will surely make this win all the sweeter.

With the final table truncated by an overnight pause, Baker barely noticed the join. With Greg Mueller busting in ninth place, Danny Woolard making his departure in eight and Kenneth Donoghue exiting in seventh place, only the final six came back to play for the lot last night.

Baker didn’t need to eliminate everyone, he just picked his moments to shine then always got the best of it after the board, one example being his pocket nines which eliminated Chris Ferguson, who only held ace-three and could never catch up. It was a fitting epitaph to the event; in the end, no-one could catch up or even get anywhere near David ‘ODB’ Baker, who once again proved himself a master of the mixed games.

Aussie player Robert Campbell won his second WSOP bracelet of the summer when he overcame a stacked final table and another mixed game wizard in Yueqi Zhu on Tuesday night.

Pan’s short-stack dismissal was followed by the elimination of Ryan Hughes. Four-handed, Mike ‘The Mouth’ Matusow was busted in a hand where he was a massive favorite. Scooped by Yueqi Zhu and the eventual winner  Robert Campbell, it was Campbell’s ace-high flush on seventh that did for Matusow, with Zhu holding the low. Matusow, who had held trip eights, was shocked to see the flush land as he was holding blockers, but his dreams of victory died right there and then.

With 151 players overall, it was Campbell’s kingdom once more as he forced Yueqi Zhu to stomach two runner-up finishes in as many days at the 2019 World Series of Poker after Mike Wattel busted in third place. Zhu couldn’t stop Campbell, who now sets his sights on more gold with a rather special tournament beginning today – the 50th annual WSOP Main Event!