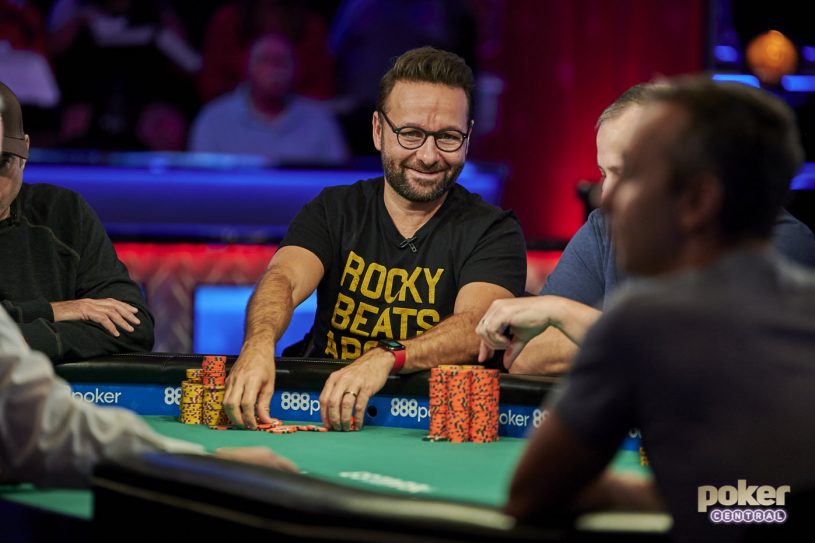 Daniel Negreanu in action during the 2019 World Series of Poker.

Daniel Negreanu has won the 2019 World Series of Poker Player of the Year honors as his last remaining rival, Shaun Deeb, fell short of catching him on the final event of World Series of Poker Europe in Rozvadov. After becoming the first-ever player two win this competition twice, he has now further distanced himself by winning WSOP Player of the Year honors a third time.

About completing this epic feat, Negreanu said, “This was a personal goal of mine, winning it three times before anyone else got to two. The all-time money list isn’t something that I can contend for anymore with my schedule, but WSOP POY is an achievement I can give myself a shot to win.”

Negreanu topped the leaderboard as the only player with more than 4,000 points edging out Robert Campbell and Shaun Deeb who had a chance until the very last event. In the last event, the €500 Colossus, Deeb came within a few eliminations of winning but he ultimately busted in 11th place. Deeb needed a fifth-place or better to win WSOP Player of the Year. Despite there being no cash reward for winning these honors, Negreanu was ecstatic with the win.

“I love it. I won the first one they ever had, have always been a stats nerd every since I was a little kid, and I thrive on best all-around leaderboard formats. I’m as aware as anyone that the system is flawed, but I knew a couple of years ago I had to choose: give up because my schedule made it near impossible to win, or adjust and play all the small events and rack up as many cashes as I can.”

In total Negreanu cashed in 24 different events, making five final tables in the process. Negreanu’s best result was a second-place finish in the $100,000 High Roller in Las Vegas where he cashed for $1.1 million.

“It’s special to me, the WSOP is special to me. People always bring up the cash prize, but the truth is, I never really played poker for the money. It was always a passion for me that superseded money. This is probably why it took me a while to build a bankroll in my early years because I was reckless with money. Being broke has never scared me, similar to what you hear from a guy like Bryn Kenney who goes for it.”

About the grind and the road traveled to lock up the 2019 World Series of Poker Player of the Year Negreanu was very grateful for his reception in Rozvadov at King’s Casino.

“It was a real grind, I’d never been to Rozvadov before and had no idea what to expect and in all honesty, I’ve never experienced red carpet first-class hospitality like that before, and I’ve been to a lot of places. King’s Casino staff were really great to me and put up with me when I was stressed out and maybe not acting like I should.”

I’m very proud of the year I had and super grateful I get to play a game for a living.

Wow, what an emotional roller coaster this was!

I did say I like dramatic finishes and this one certainly fits the bill!

“This is such a unique achievement, to be able to win this three times and put me in a place all my own. I know bracelets will come, I just need to keep plugging away. The way the POY points system works it’s actually really hard to win POY without a bracelet. You get double points from 1st to 2nd. So even with two 2nds that basically ties a win in terms of points.”

Going forward, Negreanu will take some time to reset and unwind after a few very hectic months but we’re hoping to see him compete inside the PokerGO Studio for the Poker Masters that kicked off today. Relive Negreanu’s chase for World Series of Poker Player of the Year through his vlogs. Watch and follow the Poker Masters on Poker Central Live Reporting and PokerGO.