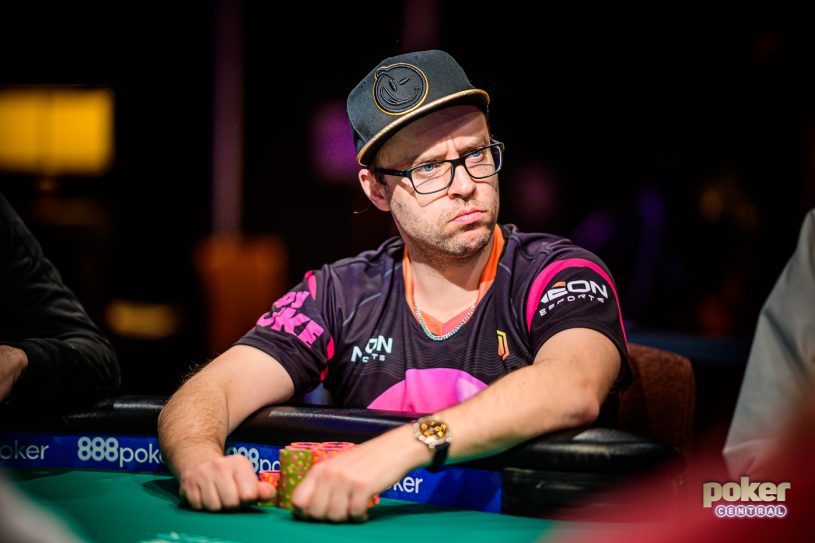 Robert Campbell is now your 2019 World Series of Poker Player of the Year.

In an epic turn of events, Robert Campbell has been crowned 2019 World Series of Poker Player of the Year. Earlier today, an inaccuracy was brought to light in regards to Daniel Negreanu’s final score and it has since been confirmed that there was indeed an error made.

The error in question pertains to Negreanu being credited a cash in Event #68 $1,000 Online No Limit Hold’em Championship event where this supposed 36th place finish would’ve generated him 213.1 Player of the Year points. This result has now been deemed a clerical error as Negreanu did not finish in the money in that tournament. The World Series of Poker has since released this statement on the matter.

We've been made aware of an error on the 2019 POY leaderboard. After verifying results and points, Rob Campbell (@SonicJaxx2019) is the 2019 POY.

We'd like to apologize for this error, and offer our sincere congratulations to Rob!

The mistake brought to light by Russian poker journalist Alexander Elenskiy who has been coming to Las Vegas for many years to cover the World Series of Poker for the GipsyTeam website. Elenskiy was in charge of a WSOP fantasy freeroll that was based on Player of the Year points and that lead him down the path of discovering this payouts mistake.

“I first noticed this back in July but I thought it was a temporary error with the payouts and I assumed they would fix it the next day and I completely forgot about it. Today I remembered this story and I went to see if this was fixed and that’s when I discovered this mistake.”

I will share my thoughts on the WSOP POY situation in a written blog later today.

Genuinely happy for @SonicJaxx2019 because I know what it meant to him and frankly, the entire country of Australia!

Negreanu, who was gracious in defeat and congratulated Campbell immediately upon finding out about this error, told us that this clerical error heavily influenced multiple decisions in his chase for the WSOP Player of the Year honors.

“I’m genuinely happy for Robert, he is a good guy and he is deserving. Obviously my strategy would have been different had I known where I actually stood, but such is life. I have no regrets. I set out to achieve a goal and I focus on the journey. That journey got me to where I set my goal. Unfortunately, the points miscalculation means no POY for me!”

A few days ago, in defeat, Campbell shared the following words on the WSOP Player of the Year race which still hold true to this day but the big twist is that he’s now indeed the winner!

Robert Campbell had a very impressive WSOP season, winning two bracelets and making a total of six final tables in the process. Here are all of Campbell’s results that lead to him becoming part of poker history by getting his banner raised inside the Amazon room.

Check all PokerGO 2019 World Series of Poker recaps right here to get caught up with the action.