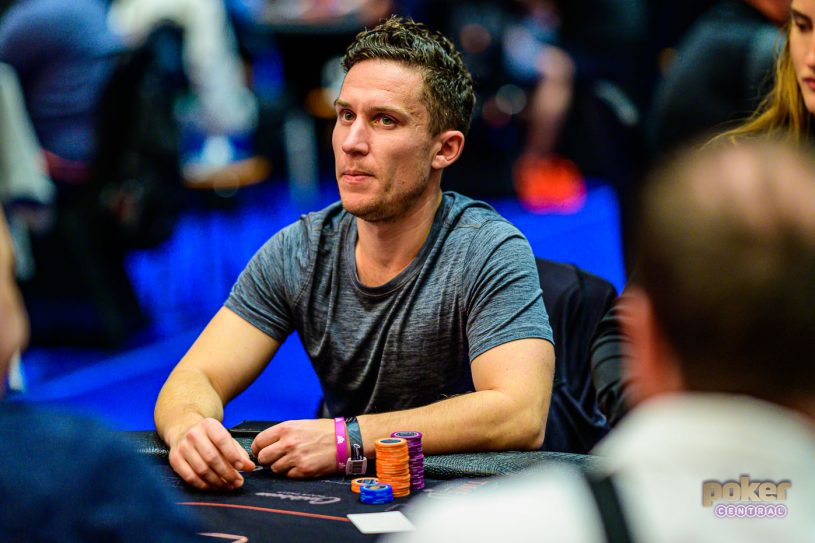 Daniel Dvoress scored a big win on the third night of Super High Roller Online Series beating Andras Nemeth heads-up in Event #5 to collect the $613,987 top prize. With his win, Dvoress takes the overall series lead ahead of Chris Hunichen and Alex Foxen. Today on PokerGO, the Event #8 final table will be broadcasted live as Viktor Blom hold a commanding chip lead over Dan Smith with 12 players remaining.

*SHRB Online Series standings only reflect points accrued in events that have finished. These standings will be updated daily. Full results and standings can be found here.

Dvoress vs Nemeth: An Epic Clash

Make sure to relive the final table of Event #5 on PokerGO as after fast and furious action that brought the final table down to just two players, the heads-up battle was truly spectacular between Andras Nemeth and Daniel Dvoress. Commentator Jeff Platt summarized it as follows.

“Despite entering the final table with the chip lead, we knew the road to a SHRB Online Series title would be a difficult one for Super High Roller Bowl Bahamas Champion Daniel Dvoress. A mere 23 minutes after we went on the air, the route became a little more clear, as we were already heads-up for that title. Andras Nemeth put up an incredible fight, but in the end, Dvoress’s value shove with two pair got the job done. No question about it, Dvoress is one of the favorites to win the SHRB Online Series.”

To Jeff’s point, Dvoress now leads the overall standings while Nemeth, who was in contention for the Poker Masters Online title until the very last day, jumps into fourth overall with two results to date. The final results of this event are as follows.

In the two non-live streamed events the final tables were stacked as well with Mikalai Vasskaboinikau outlasting Kristen Bicknell and Alexandros Kolonias to take lock up a $293,090 payday. Kolonias is the reigning Poker Masters Online champion and looks to be a strong contender for the overall SHRB Online Series honors as well. Other notables that cashed in this event were Alex Foxen, George Wolff, and Sam Greenwood.

The sixth event of the series was won by Pascal Lefrancois who beat Alex Foxen heads up to win the $259,629 top prize. Dan Smith and Nick Petrangelo finished third and fourth respectively in this $10,000 No Limit Hold’em event that had 83 total entrants.

This series is only four days old but Viktor Blom is already making this presence felt in the $25,000 events that are being streamed live on PokerGO. Today, Blom comes into the final day of Event #8 with a big chip lead over the likes of Dan Smith, Simon Higgins, Artur Martisorian, and Alex Foxen. The action of the final six will be streamed live with hole cards up on PokerGO and Facebook starting at 3:00 pm ET today.

Both $10,000 events that conclude today are made up of big names as Justin Bonomo, Christoph Vogelsang, and Kristen Bicknell sit at the top in Event #9 while Ali Imisorvic and George Wolff have a great shot at winning Event #7. These two events can be followed via the partypoker client and resume at 1:00 pm ET.