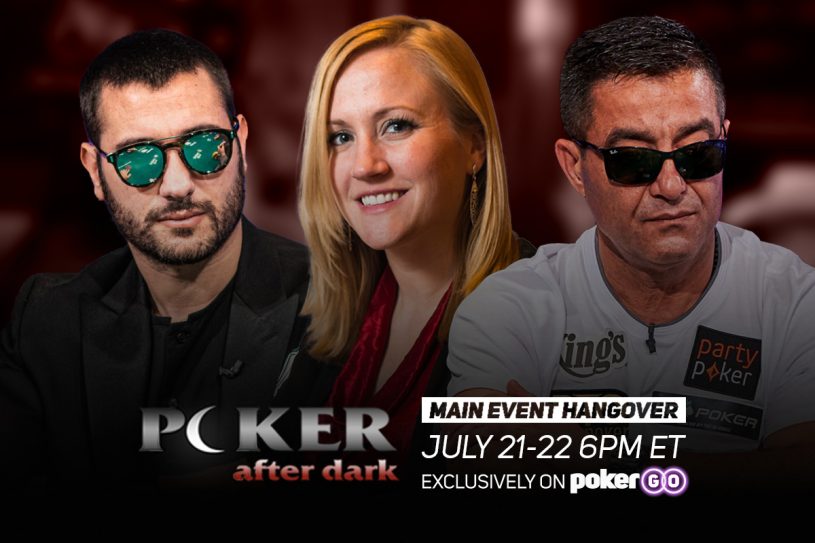 The World Series of Poker is over, but that doesn’t mean PokerGO’s schedule is slowing down. The non-stop summer action continues with two new episodes of Poker After Dark on July 22 & 23. Main Event champion Hossein Ensan and runner-up Dario Sammartino make their PAD debuts and headline both $25/$50 No Limit Hold’em cash game sessions.

After calling the WSOP Main Event on PokerGO and ESPN, Jamie Kerstetter also makes her debut on the Poker After Dark felt. Bracelet winner Anthony Marquez and Brandon Cantu will also make their first appearances this week.

The rest of the “Main Event Hangover” week lineup has tons of Poker After Dark experience. Matt Berkey and Randall Emmett have been mainstays on PokerGO since PAD’s 2017 reboot, while Mike Matusow has been a fan favorite for more than a decade.

Poker After Dark lineup information is provided below:

Subscribe now to watch both nights of Poker After Dark action starting July 22. PokerGO is also your home for exclusive on-demand event replays from the world’s biggest events including the World Series of Poker, Dolly’s Game, and more.