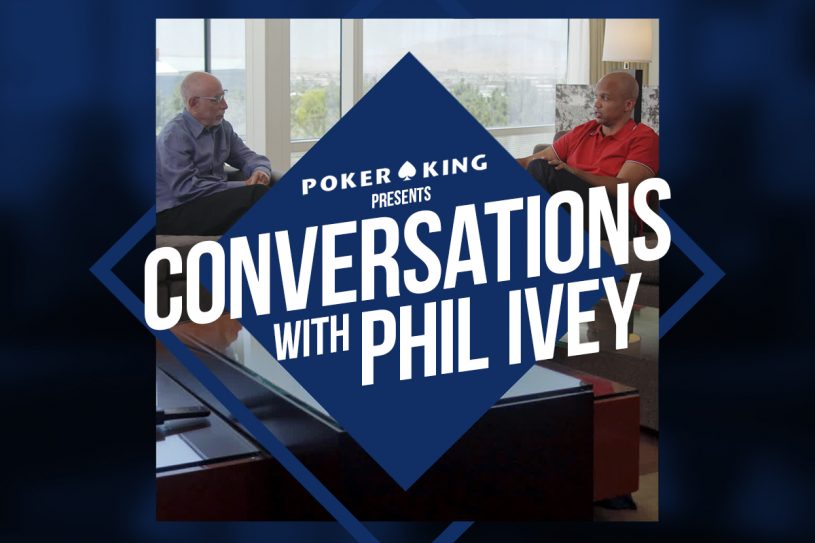 Phil Ivey has always been one of the most alluring stars in the poker world. He is often included alongside Phil Hellmuth and Daniel Negreanu as the poker stars that have garnered the most attention around the world.

Hellmuth and Negreanu are often thrust into the poker spotlight and have embraced their position as some of poker’s greatest ambassadors, while Ivey has always shied away from the extra attention.

For the first time, Ivey is opening up and answering questions in Conversations with Phil Ivey which is presented by Poker King.

Across four episodes, Ivey answers questions from his close friend Barry Greenstein as they discuss a wide range of topics. On Conversations with Phil Ivey | Episode 1 they talk about staying mentally sharp, how poker is different in Asia, and how Ivey is now eating better and working out, while on Conversations with Phil Ivey | Episode 2, Ivey discusses what makes him good at poker, his family roots, and the joy of winning.

The four-episode Conversations with Phil Ivey series is now available to watch on PokerGO with viewers treated to an insight into one of the greatest poker players in the world.