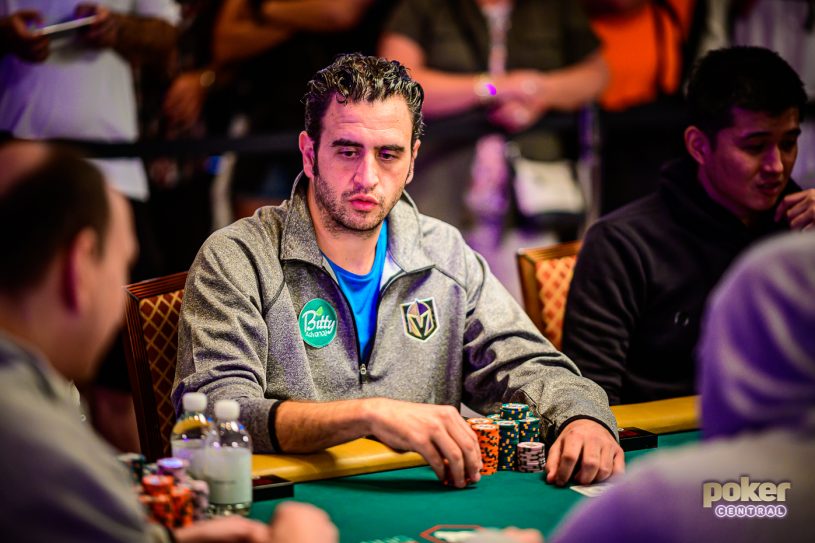 Robert Mizrachi battles for PLO supremacy at the 2019 WSOP

Six tournaments moved from fascinating to fantastic over the course of a hot, steamy Friday night in Las Vegas as the desert truly heated up inside the cool rooms at the Rio All-Suite Hotel & Casino. Which players were on fire, and which hopefuls saw water poured on their dreams of owning a WSOP gold bracelet? Read on and find out.

After only landing in Las Vegas a few short days ago, Stephen Chidwick leads the $25k PLO final table, where he’ll face competition from Robert Mizrachi and Alex Epstein among others for the bracelet. While Chidwick was busy crushing, Erik Seidel took to Twitter to tell the world how he felt about being labelled an ‘expert’ at the game 9which he is!)

While Chidwick is followed fairly closely in the counts by second-in-chips Alex Epstein, other players, including the aforementioned Seidel, will have work to do to avoid being present for just a short time at the final table. As ever, in PLO, anything can happen, however, so none of the seven men who’ve made the final will be doubting themselves when the cards are in the air on Saturday.

With just five tables in play from the 968 original entries in the $1,000 Ladies Event (It’s officially $10,000, with a $9,000 discount to female players, but no men entered this year for the first time in history), Tu Dao is the player who went from almost zero to only 43 players remain out of the original 968 entries.

Leading the way is Tu Dao, who bagged up 968,000 chips (a thousand for every entry) after being down to under 15 big blinds with one level to play. Doubling through Kate Lindsay, Dao played the rush to run right up the chips lead with 43 remaining. Hot on her heels is Nancy Matson with 856,000, while Veronica Brill lived up to her name, bagging 853,000 chips overnight. Elsewhere, British-based players Deborah Worley-Roberts (518,000) and Daiva Byrne (472,000) both have good stacks with which to attack for their first-ever bracelet, and in Byrne’s case, the first bracelet won by a Lithuanian player.

Just 26 players are still in the hunt from the 996 who entered the $2,500 NLHE event, with Baitai Li carrying his chip lead over from the end of Day 1 to the end of Day 2 as well. With 1,686,000 chips, Li will likely never have had a better set-up to push for his maiden bracelet, albeit with some very stiff competition still in the race behind him. Ryan Olisar was close to Li, after winning against him in a pot which kept Olisar alive and now looks like it may prove pivotal should Li fail to win from here. Li’s flopped set was outdone by Olisar’s turned straight, and that hand is the reason others such as Josh Arieh (954,000), Ari Engel (815,000), Barny Boatman (722,000) David “Bakes” Baker (688,000) are still in with a shout.

OTHER EVENTS STILL IN PROGRESS

The $10,000 Limit 2-7 Lowball Triple Draw Championship has been reduced from a field of 100 players to just nine as George Wolff and Luke Schwartz proved streets ahead of the competition as they both bagged up over 1.3 million in chips, some half a million clear of their nearest challenger, Mark Gregorich (794,000). Interestingly, those three men at the top of the chipcounts have never won a WSOP bracelet, so will be keen to grab it and the $273,336 first-place prize money on Saturday night, especially since every other player in the final nine has at least one piece of WSOP gold jewelry.

Here are the table and seat draws for the event, with both the two men at the top of the chipcounts kept apart.