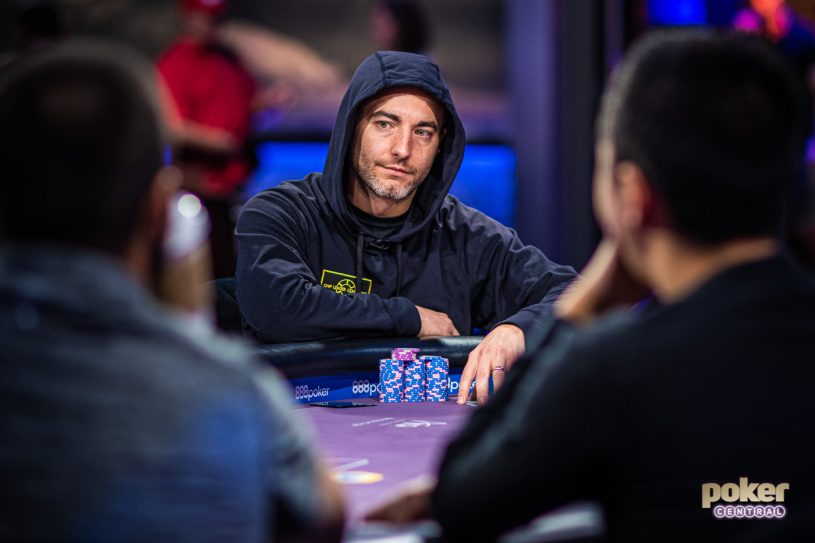 Chance Kornuth has the Poker Masters Championship lead and the chip lead at the Event #6 final table. (Photo: Poker Central)

Kornuth opened the series with back-to-back runner up finishes and he has another chance at a podium finish after bagging the Event #5 final table chip lead. Kornuth’s overwhelming advantage in the first $25K No Limit Hold’em event of the series could also also give him an overwhelming – and potentially unbeatable – advantage on the series leaderboard.

First he has to take care of business though, something Stephen Chidwick failed to do on Saturday. The 2018 U.S. Poker Open champion entered the Event #4 Big Bet Mix final table with the top stack, before exiting in 5th place. It was the second cash of the series for Chidwick, but cashes don’t usually lead to High Roller Triple Crown titles.

So far, Kornuth is the only player that has been able to record two podium finishes, but with five events left the Purple Jacket is anything but locked up. Jorryt van Hoof, Alex Foxen, and Erik Seidel are within touching distance – pending Kornuth’s Event #6 result.

You can follow that action exclusively on PokerGO and a complete list of the Poker Masters Championship Standings – through five events – is provided below: