You are here
Home > PokerGO > Can Phil Ivey Break the No Limit Hold’em WSOP Curse in 2019? 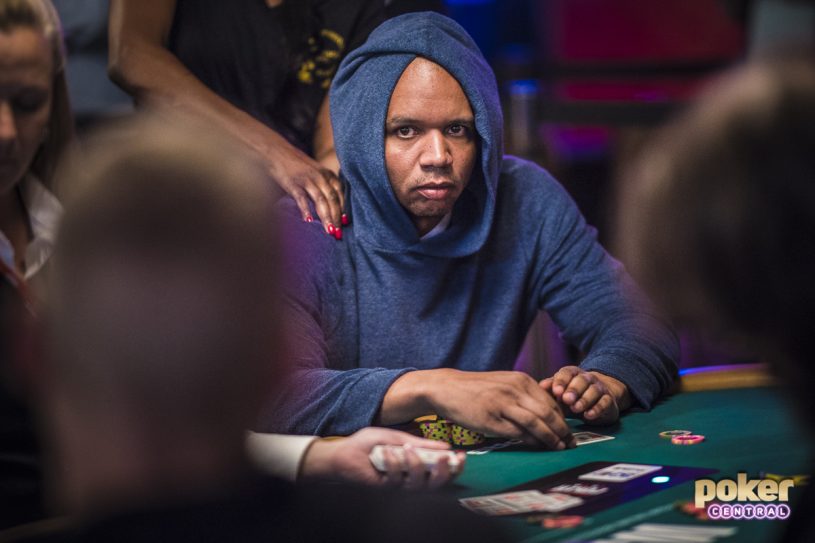 Phil Ivey in action during the 2018 World Series of Poker.

With just a fortnight until cards are in the air at the 50th World Series of Poker in Las Vegas, Nevada, can Phil Ivey win his first bracelet since 2014? If he is to do so, then he’ll move into second place outright on the list of players who have won the most bracelets. Ivey would still be four bracelets behind the man, the legend that is Phil Hellmuth, as we discovered in last week’s Greatest Hits feature, but Ivey would be on the march.

Here’s when – and where – the man formerly known as ‘No Home Jerome’ won his ten WSOP bracelets to date:

Notice anything strange about that compilation of Ivey’s Vegas (and Australian) gold panning? Yes, that’s right, Phil Ivey has never won a WSOP bracelet in straight No Limit Hold’em. Could 2019 be the year he corrects that blemish on his record? We wouldn’t bet against it. Ivey has defined the coverage of No Limit hold’em in the last 15 years – he more than most deserves a trinket to put on the shelf.

If he concentrates on winning WSOP bracelet, then poker legend Phil Ivey could achieve glory. Tournament poker, however, has not been his favourite format of playing poker in recent years. Ivey has preferred lucrative cash game action to poker tournaments in recent years to such an extent that his return to the tournament felt even warranted an open letter from our own Remko Rinkema. Last year’s Main Event saw Ivey bluff his way out of the reckoning when Brian Altman called him down.

If Ivey values cold hard cash over his tournament record, we might not see him very much at all. Ivey could make a fortune at Bobby’s Room, Macau or Manilla, and he knows it. But he could also win his first bracelet in five years, too. Just how much he wants to achieve poker immortality is the only question and, as usual with Ivey, only he knows the answer.

Want to follow Phil Ivey’s World Series of Poker journey in 2019? Subscribe now to PokerGO and you’ll have the best seat in the house, front and center in front of your phone, laptop or tablet.