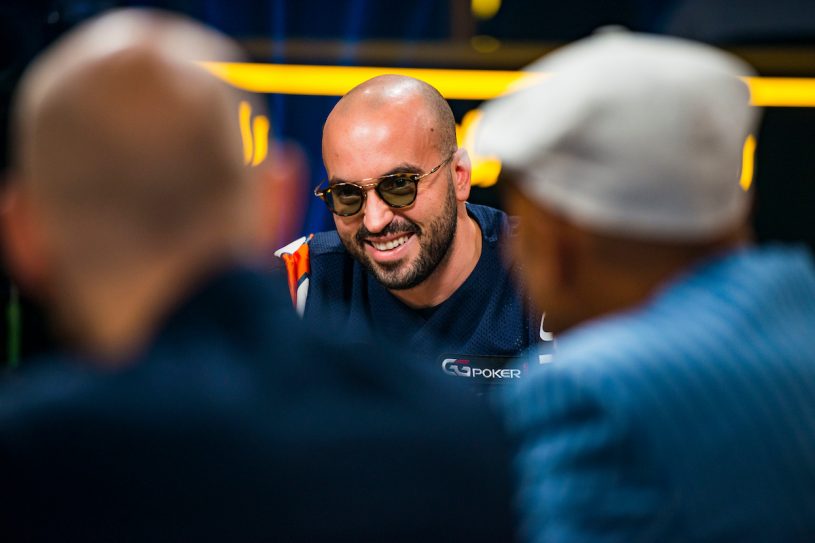 After four days of intense high-stakes tournament poker, the £1,050,000-entry Triton Million winner is a man who has elevated his status in the game from being one of the best to simply untouchable. Bryn Kenney’s ascent to the top of poker’s all-time money list is nothing short of a phenomenon.

KENNEY’S REACHES THE TOP OF THE MOUNTAIN

For anyone else to rise above Justin Bonomo at the top of the all-time money list so soon after Bonomo’s victories in events such as the Big One for One Drop and both the Super High Roller Bowl in China and Las Vegas in 2018, they would have to have had an amazing 12 months in poker. If 2018 was the ‘Year of Bonomo’, then 2019 is the Year of Kenney.

In 2018, Bonomo won the Big One for One Drop for $10 million and the Super High Roller Bowl for $5 million within the space of two months. In one weekend, Bryn Kenney has eclipsed both those results combined by another $5 million after taking the biggest prize in London’s Park Lane.

THE ROUTE TO GREATNESS

While Bryn Kenney’s assault on the pinnacle of the poker world has been rapid, it’s paradoxically been a long time coming, too. With seven results being seven figures or higher, Kenney has only ever cashed for more than $3.07 million once, that being his Triton Million victory. Here are his top five tournament results and when he grabbed each golden moment.

Kenney’s impressive resume has clearly been boosted by his recent domination of Triton Series events. With all of his top five results coming in different locations of London, Jeju, Montenegro, Bahamas, and Monaco, globe-trotting is also a huge part of Kenney’s appeal. Here is not just a great player on his own turf, or at one particular festival, such as Darren Elias has dominated the World Poker Tour or Phil Hellmuth’s conquering of WSOP bracelet events.

HOW WILL THIS RESULT AFFECT KING KENNEY?

Everyone faces a choice upon achieving their ultimate goal – to push for a new, even more, incredible goal or celebrate that victory. Martin Jacobson famously had a hard time adjusting to life after becoming the WSOP Main Event world champion, and life at the felt as well as away from it hard to adapt to.

Bryn Kenney has achieved what many poker players – even among the elite professionals in the game – will never get the chance of aspiring to. He is currently the top-ranked tournament player in poker history. But he will be passed one day unless he continues to play (and win) at the very highest level.

What comes next for Bryn Kenney could be the most fascinating part of his poker story. And you won’t miss a thing on PokerGO, with the very best tournaments all part of our subscription service. You can access the best poker content, live streams and most epic tournament tables 24/7 by signing up today.

Want to watch more exciting poker action? Subscribe right now to PokerGO for more than 100 days of live poker action every single year including an extensive on-demand library of poker action and original content. Follow Poker Central and PokerGO on Twitter to stay up to date with all the latest poker action.