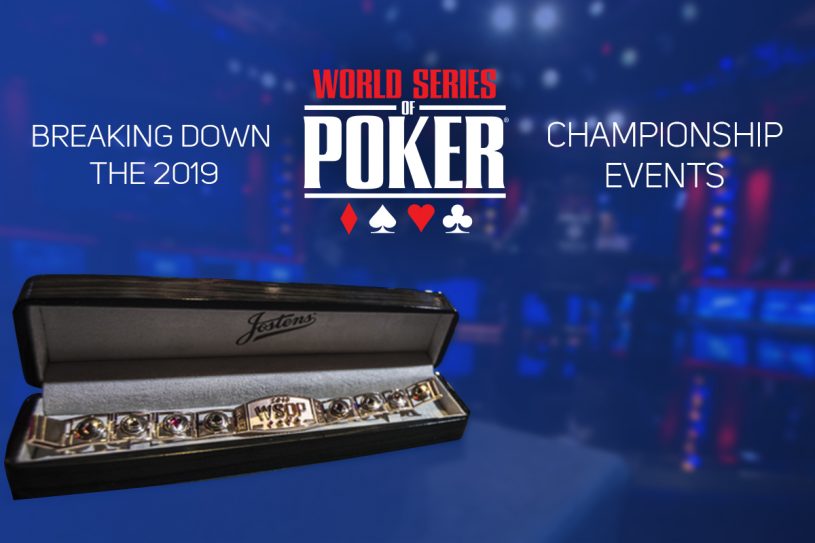 Here's everything you need to know about the 2019 WSOP Championship events.

The 2019 World Series of Poker is only six weeks away and today we are breaking down the Championship events that will be dominated by the biggest names in the game!

With a massive 80 events taking place at the WSOP, many fans will be looking out for the biggest events where players such as Phil Ivey, Daniel Negreanu, Jason Koon, and Stephen Chidwick will battle it out for supremacy. Fortunately, you don’t need to look anywhere else, as we’ve gathered all the events $10,000 or more to enter right here for you. There are some fantastic events that are due to take place.

Last June saw Michael Mizrachi make WSOP history by sealing a record third Chip Reese Trophy in the $50,000 Poker Players Championship for $1.2 million. There’s no doubt Mizrachi will try to extend his record number of PPC wins in 2019 but as always this event will be the crown jewel of the mixed game specialists. The likes of John Hennigan, Mike Leah, Shaun Deeb, and Brian Rast are surely going to be fired up about this one with a seven-figure score and all the prestige on the line.

As ever, the biggest draw for players of all levels will be the WSOP Main Event Championship, which kicks off a day before Independence Day and ends on 16th July, Phil Hellmuth’s 55th birthday. Could the Poker Brat turn the clock back 30 years to make his 16th WSOP title a Main Event bracelet? Or will we be celebrating a new name up in lights at summer’s end?

With a plethora of high roller events taking place at the ARIA all summer too, the best of the best will be spoilt for choice as they try to emulate John Cynn’s Main Event win in 2018 or Justin Bonomo’s stellar year at the felt by becoming the summer’s main attraction. The schedule above will dominate the World Series of Poker Player of the Year race and we can’t wait to see how it all unfolds!

With wall-to-wall cover on PokerGO, you’re going to have a front row seat to all the biggest moments of the 2019 World Series of Poker. The best poker festival of the year is about to begin, so subscribe now to be part of the action! Subscribe to PokerGO now.