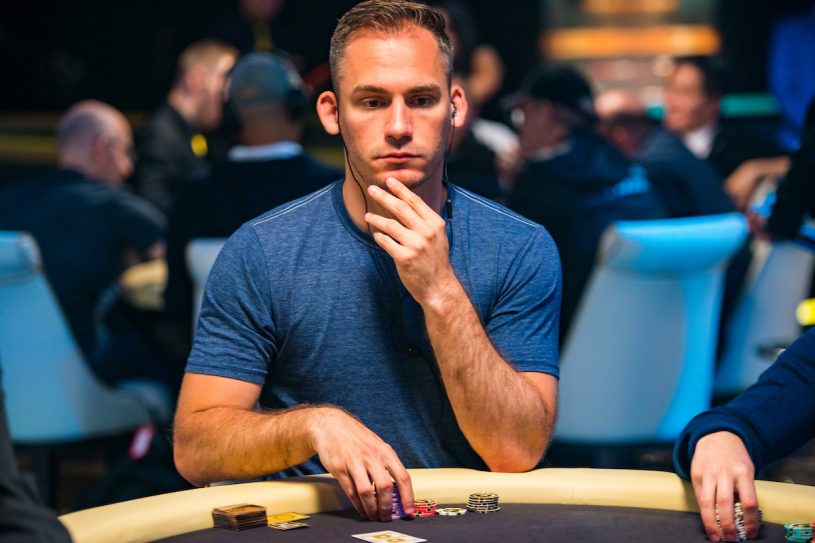 Justin Bonomo finds himself in contention for an astronomic all-time money list lead in the Triton Million. (Photo: PokerPhotoArchive/Joe Giron)

The mind-blowing Triton Million event got underway on Thursday in London as 54 players forked up a cool million pounds to play in what became the largest buy-in event with the biggest first prize in poker history. After the first day of play 36 players remain with Bill Perkins leading the way chased by a plethora of poker superstars.

Catch the juicy Twitter banter about the first day of the Trition Millon right here. Watch all the action live and for free on PokerGO.

Propelling Perkins into the chip lead was a hand in which he flopped top set against Elton Tsang and Bobby Baldwin. Perkins busted Tsang while Baldwin was left short and in the wake of that hand, ‘Perky’ doubled through Vivek Rajkumar with a set against a straight flush draw.

Also near the top, we find Timothy Adams, the only other player that bagged up more than three starting stacks, followed by Dan Smith, Rui Cao, Nick Petrangelo, Aaron Zang, and Justin Bonomo.

The full end-of-day chip counts courtesy of Triton Poker are as follows.

Live reporting can be found right here. Watch the action live on PokerGO for free.